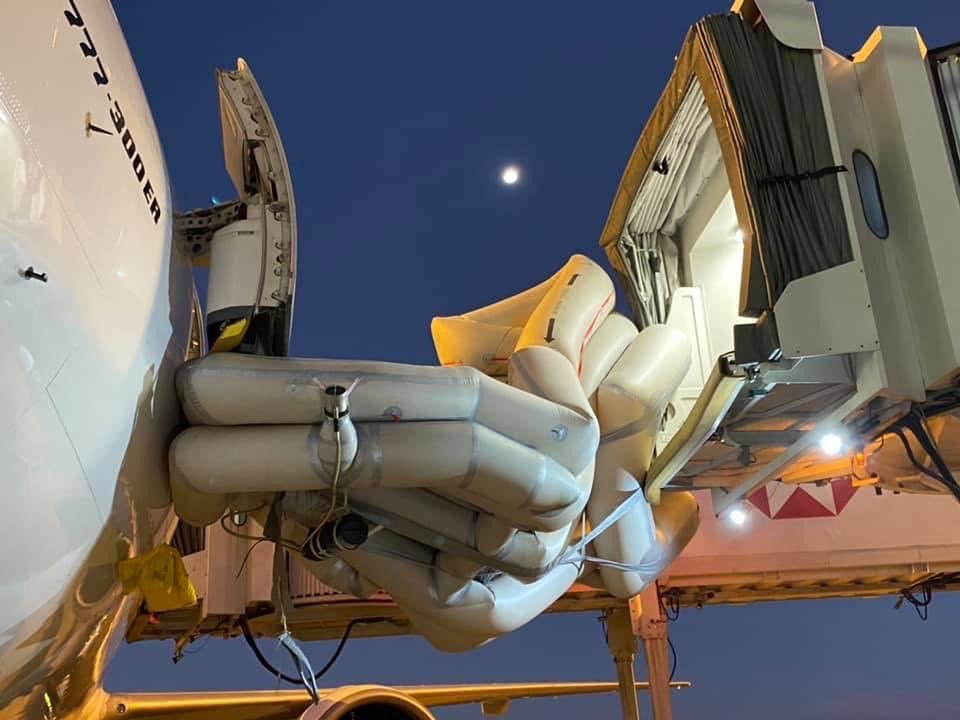 The flight #EK2608 was operating as cargo only from Sydney to Dubai Airport.

The engineers have removed the slide and the flight departed 18 minutes late.

No further damages were reported.