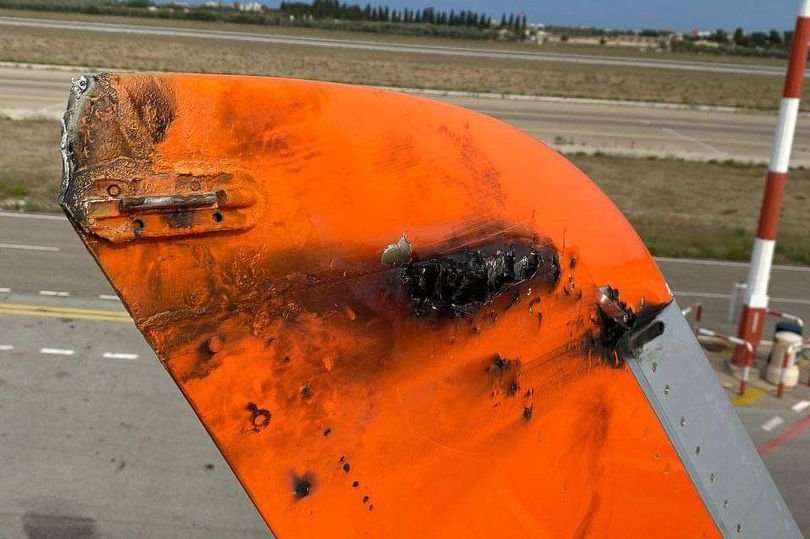 An easyJet plane was forced to make an emergency landing after its wing was suddenly struck by lightning.

The aircraft took off from Milan when it was hit by the lightning while flying over Italy.

The plane diverted to Bari instead of Naples on Sunday (September 25).

An image showed the extent of the damage, with blackened patches that looked like some of the metal had melted.

All 90 passengers on board at the time escaped unharmed, and they then completed their journey to Naples on land.

A spokesman for easyjet said: “We can confirm that flight EJU2889 from Milan to Naples diverted to Bari, following a lightning strike on approach to Naples, purely as a precaution and in line with our procedures.

Planes are designed so that lightning will usually hit the nose or wing and leave at the tail, meaning the aircraft is rarely damaged.