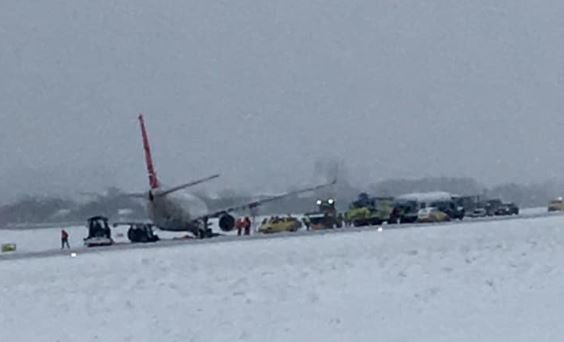 “None of the 59 passengers and 6 crew members on board the aircraft were injured as a result of the incident,” the airport said, adding that there was no significant damage to the plane.

Lviv airport is the largest airport in Western Ukraine by passenger traffic and its route network includes 30 international destinations.

Flights to Turkey, Poland, Germany, Italy, Egypt, and Britain have been delayed due to the incident.

Airport was closed until the aircraft can be moved.