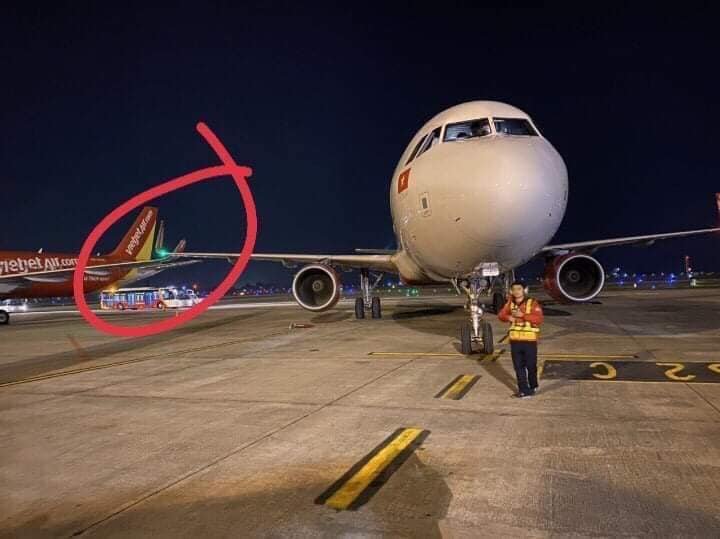 Two Vietjet Airbus A321’s collided on the ground at Hanoi No Bai airport, causing one of the wingtips to be broken.

The Airbus A321-211, with registration VN-A544, was operating a scheduled passenger flight VJ404 from Dalat-Lienkhang Airport to Hanoi-Noi Bai International Airport when it suffered a ground collision with another parked Vietjet A321 on Saturday, November 27.

No one was injured in the collision, and all 120 passengers and seven crew members on the flight left the aircraft after the incident. The crew members were reportedly suspended for investigation.

After the incident, both A321Neo’s were suspended from service for further investigation by the aviation authorities.