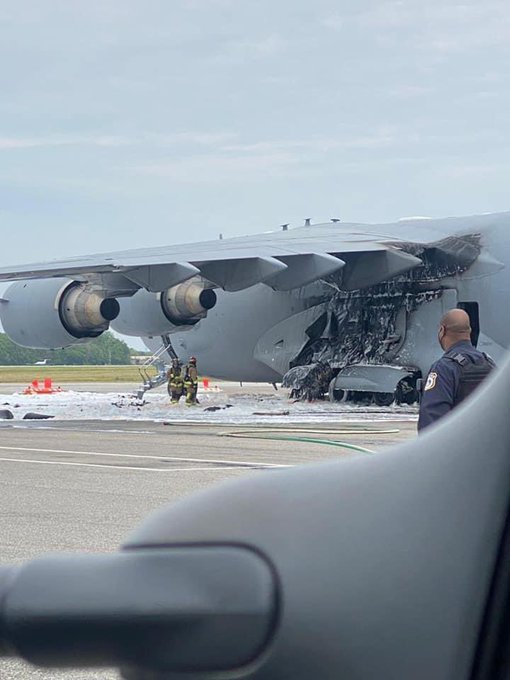 The transport aircraft, serial number 10-0223, was performing flight RCH351 from Mildenhall RAF Station to Charleston when it experienced a fire in the lefthand wheel bay.

JBC officials said that there were no injuries following the incident. Various footages shared on the internet show that the aircraft has sustained substantial damages.

Emergency services were quickly positioned on the spot. However, officials did not specify what actually happened on the aircraft.

Overheated brakes probably caused the fire after landing; An investigation is underway into the incident.