A Ukrainian Air Force Su-27 fighter jet hit a road sign on a highway in the country’s capital of Kyiv during highway operation on Thursday.

Two Ukraine Sukhoi Su-27 heavy fighter jets were dispatched to the region for military exercises on Ukraine’s Highway M06.
The fighter was being used to practice take-off and landing on the improvised runways on the highway near the Hungarian border in the Ukraine city of Chop.

In the footage, you can see one of the Su-27s hitting a road sign posted along the road. The incident might have happened due to miscalculation done by the pilot. 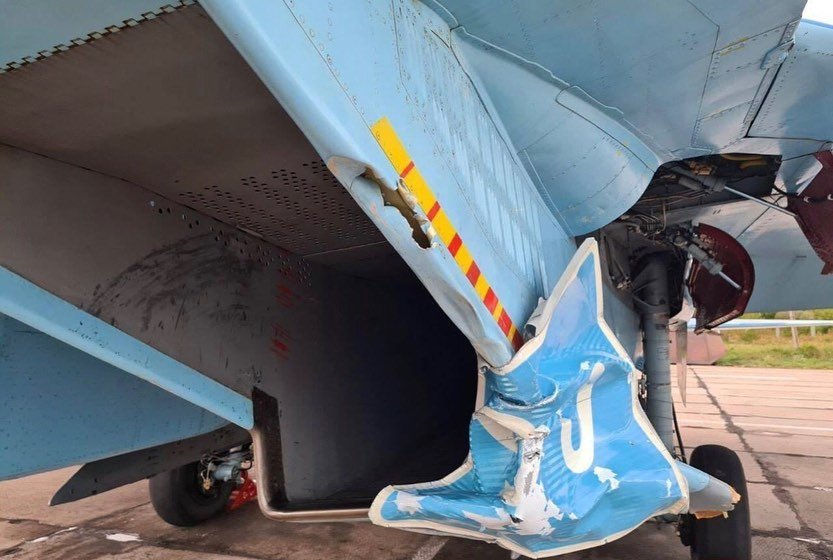 However, the fighter pilot landed safely and no one was injured.