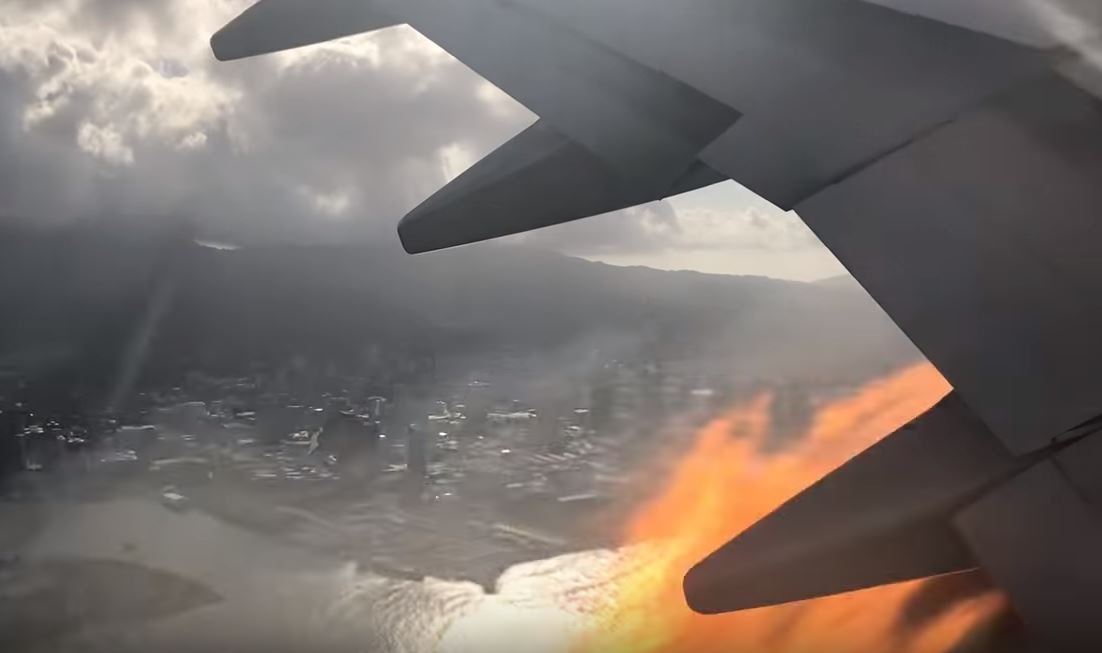 The flight UA132 with 141 passengers and 8 crew onboard, experienced engine failure as flames began to shoot out of the engine within minutes of takeoff.

The aircraft then circled over the ocean for 50 minutes and landed back at Honolulu airport.