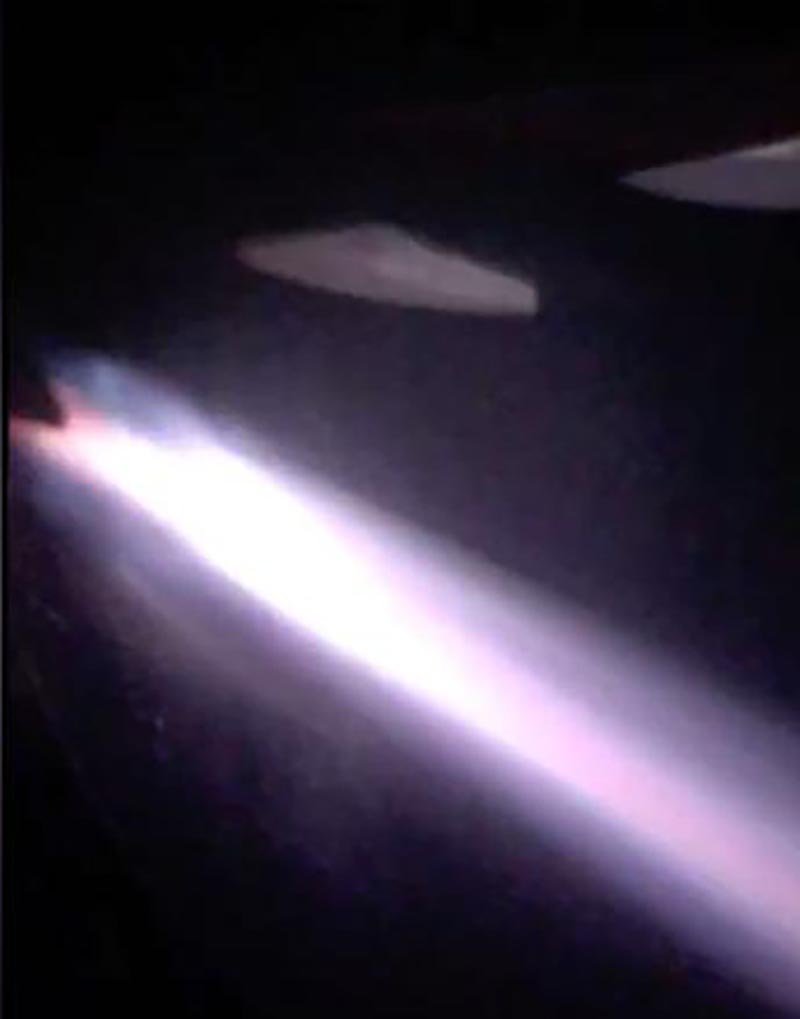 A United Airlines flight #UA366 from San Diego was forced to make an emergency landing in Albuquerque after flames were seen shooting from one of the plane’s engines.

The Chicago-bound flight landed safely in New Mexico early Monday and United arranged for a different plane to get customers to their destination, the company said in a statement.

One of the passengers, Thomas Chorny, recorded a video of the incident while sitting in seat 34F with a view of the right wing.

Strange to sit there & think ‘What if this is it?’ To just sit there & accept the potential fate that seems to be a possibility & not tell the sleeping people all around you. No need to panic the others. I’m a pretty calm person but took me a while to stop the shakes & trembles. pic.twitter.com/4rWfNvFhBM

The airline said Flight 366 “diverted to Albuquerque following a mechanical issue with one of the engines.”