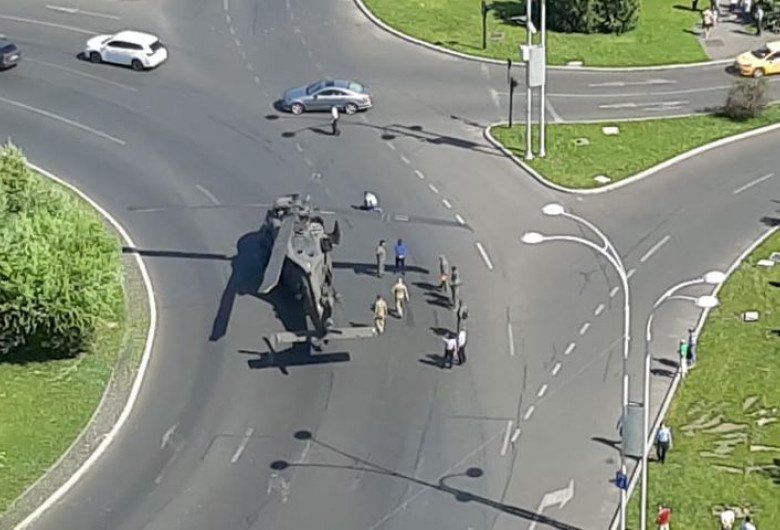 A Black Hawk helicopter belonging to the US Army was forced to make an emergency landing in Romania during a training flight on Thursday.

The military helicopter made an emergency landing on a Bucharest street, bringing down two lampposts in the process. The helicopter was one of the several helicopters training above Bucharest, Romania, in preparation for a parade set to take place on July 20th.

According to an eyewitness, one of the US Army Black Hawk helicopters rehearsing along with other two Hawk helicopters and a few Romanian Air Force helicopters started a rapid descent, flying low after passing the monument on Aviatorilor Avenue.

U.S. Army Europe and Africa public affairs stated that the pilot conducted a precautionary landing. In a statement, the Romanian Ministry of Defense said:

“We regret the incident that happened Thursday with a helicopter of the U.S. Armed Forces that was forced to land in Charles de Gaulle Square in Bucharest. The pilot managed to control the aircraft so that there are no victims, and the material damage is reduced.”

A joint Romanian and American investigation into the incident is being carried out. In a statement, the U.S. embassy said:

“We are working with our Romanian partners to resolve the situation, and we will provide more information as it becomes available.”