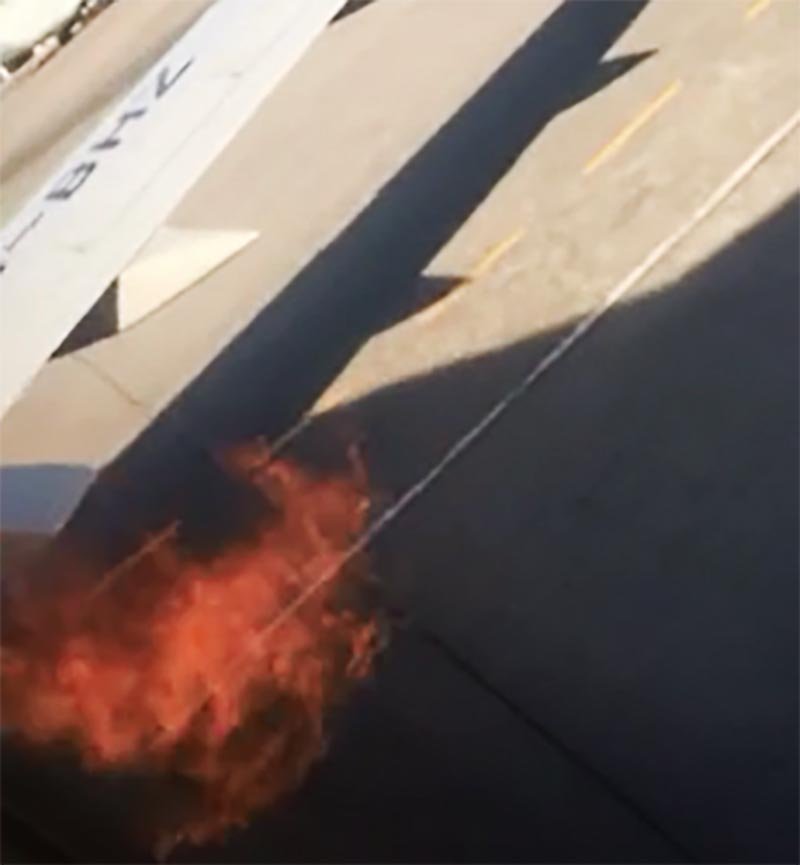 The engine on a Boeing 737 passenger flight operated by Russia’s Utair airlines from Moscow to Makhachkala has spout flames during pushback just before takeoff at Vnukovo airport.

Passengers noticed a burst of flames outside the jet, and opened an emergency hatch to investigate, the Utair airline said.

They reportedly exited the plane and walked out on to the right wing, but returned at the request of the crew.

The airline said the malfunction was caused by an interruption of airflow.