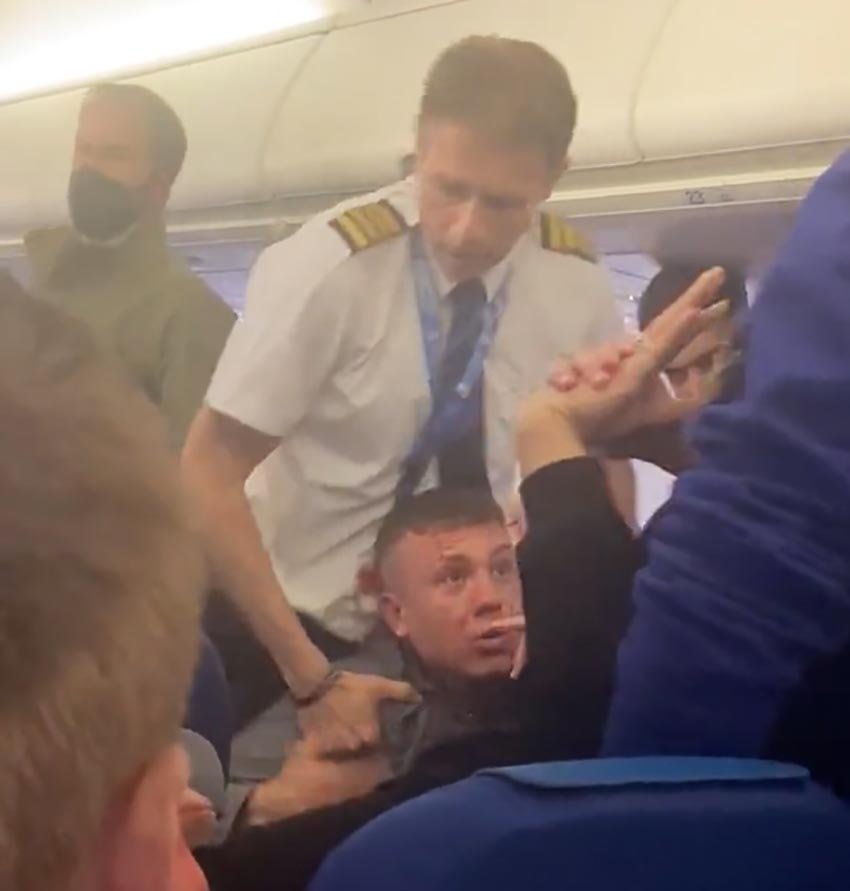 A violent brawl erupted KLM on board KLM plane.

The incident occurred on Thursday May 5th, 2022 on board a KLM flight between Manchester and Amsterdam Schiphol.

Why the brawl started is still unclear. In a video that appeared on social media, some guys are punching another one.

A passengers shouts: “Behave! This is an aircraft goddamit !!”

The captain was forced to intervene and tried to stop the fight. None of the crew members got injured, a KLM spokesperson told Dutch press.

Once the plane has landed, six passengers were arrested by Dutch police.