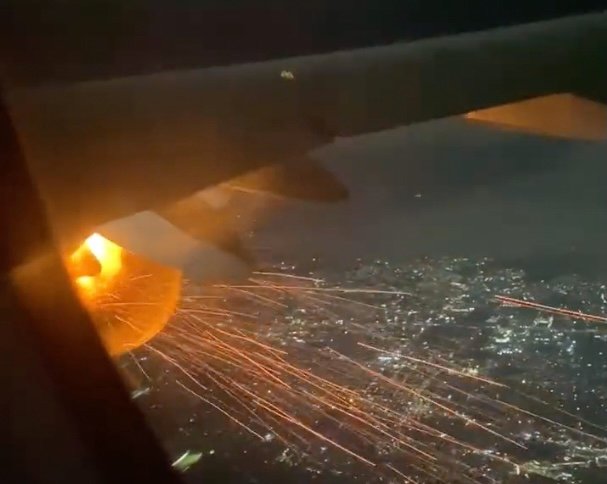 An A320 was performing flight #VB518 from Guadalajara, Mexico to Los Angeles LAX.

The way that @VivaAerobus handled this situation is DISGUSTING! No communication from any of the flight crew to the people thinking we were about to die! DO NOT FLY THIS AIRLINE pic.twitter.com/ql1v6cWLXS

The right engine of the A320 (XA-VAJ) caught fire moments after taking off from Guadalajara, Mexico at about 22.00 local time. A loud band was heard in several neighborhoods in the south of the city. 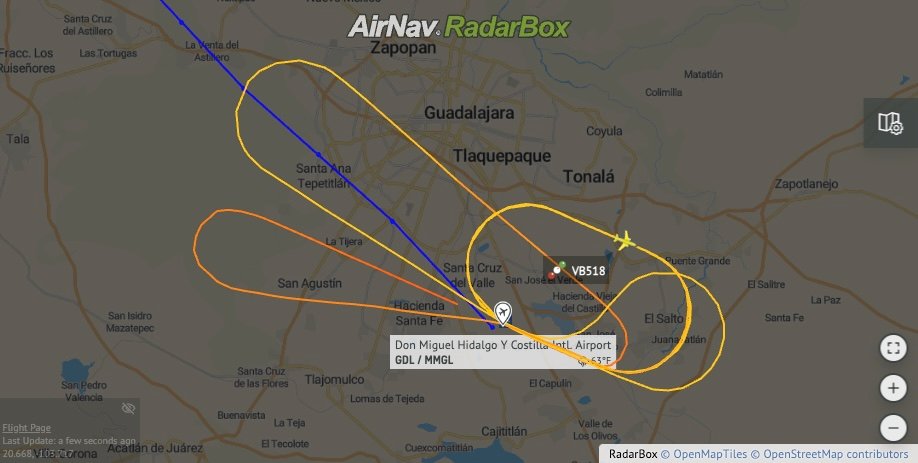 The plane circled the airport before returning to Guadalajara for an emergency landing about 45 minutes later.