Insane! You can fly over the Ever Given ship in the Suez Canal during Microsoft Flight Simulator flight 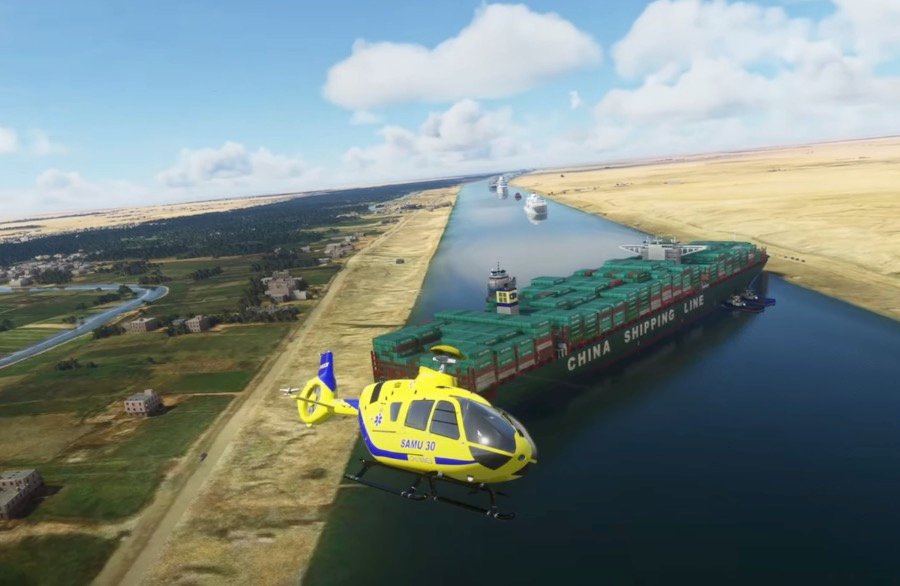 The colossal cargo ship the Ever Given has finally been freed after spending nearly a week stuck in the Suez Canal — but not before being immortalised in Microsoft Flight Simulator.

The ship, which has captured the internet’s collective gaze during its enforced stint in the canal, has now become so famous that it’s merited its own place in Microsoft’s pandemic boredom buster.

Game developer Asobo’s popular simulator produces in-game assets from data extracted from Bing Maps and Microsoft’s Azure cloud services. Spin the globe, hone in on an airport where you’d like to begin your journey, and the world is your oyster.

However, while Microsoft Flight Simulator’s world map is fairly adept at rendering air traffic and weather in real-time, the ship in the Suez is a specially created mod, rather than part of the game’s automated update system.