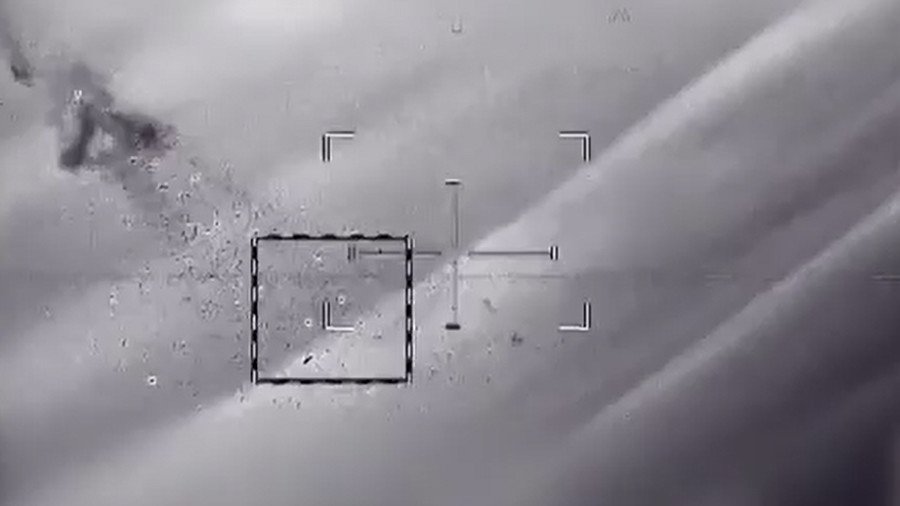 Original footage showing #Iranian UAV infiltrating and then shot down over Israel, and #IDF strike on Iranian command vehicle in #Syria pic.twitter.com/Sz6poAOdjc

The Israeli military has published footage of what they say was the destruction of an Iranian drone invading Israeli airspace, which led to a cross-border air raid into Syria.

The compilation video shared by IDF spokesman Jonathan Conricus shows an aircraft tracked from the air.

The command to engage the target is then given, and the alleged Iranian drone is shown being blown up from two different angles – apparently an attack helicopter and a surveillance aircraft monitoring the engagement. The footage ends with what the subtitles claim to be a command vehicle, from which the drone was controlled.