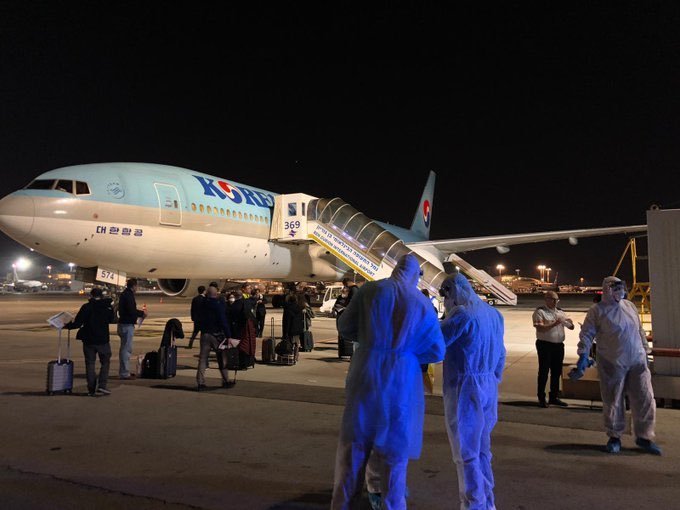 Israeli officials refused to allow 130 South Korean's off a Korean Air aircraft on its arrival at Ben Gurion International Airport near Tel Aviv on Saturday night citing new restrictions to stop the spread of the COVID-19 novel Coronavirus outbreak. Cases of the virus in South Korea jumped suddenly on Friday with the number of confirmed cases now at 602 and five recorded deaths.

But on arrival, the aircraft was prevented from parking at a normal gate and instead it was met by officials wearing full protective HAZMAT gear.

Twelve Israeli citizens were eventually allowed to disembark the plane and were taken away in Magen David Adom ambulances. The plane was then sent back to Seoul.

Foreign Minister Israel Katz said his ministry “is taking the necessary steps to ensure the public’s health while keeping up the important relations with Asian countries. We will continue to act in coordination with the relevant authorities in Israel.”