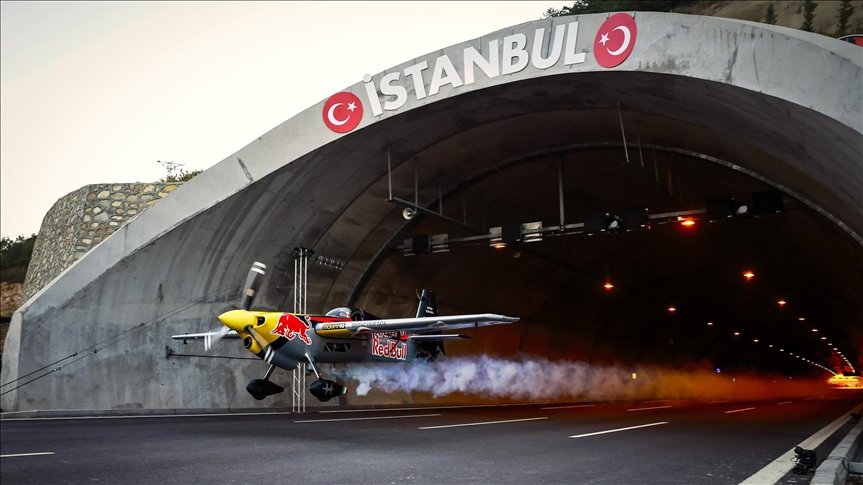 The 41-year old pilot achieved this feat on board a custom-modified Zivko Edge 540 race plane through a twin tunnel along the Northern Marmara Highway in Istanbul. Mr Costa set the world record for the longest aeroplane flight taken through a tunnel. He covered a distance of 1,730m through the twin tunnel.

Although, only one record was officially recognized with a Guinness World Record certificate. However, in total, Costa set the following five records with his feat:

Mr Costa and his mentor, Hungarian pilot Péter Besenyei, worked together with 40 Red Bull team members. The flight took off at 6:43 a.m. on September 4th.

Soon after coming out of the second tunnel, Mr Costa was seen screaming and weeping in joy. In a statement, Costa said:

“There was a big question mark in my head whether everything would go as we expected. It was a big relief, of course, but big, big happiness was the main emotion. For me, it’s another dream come true.”

He has also worked as a stunt performer for the upcoming film “Mission Impossible 7.”