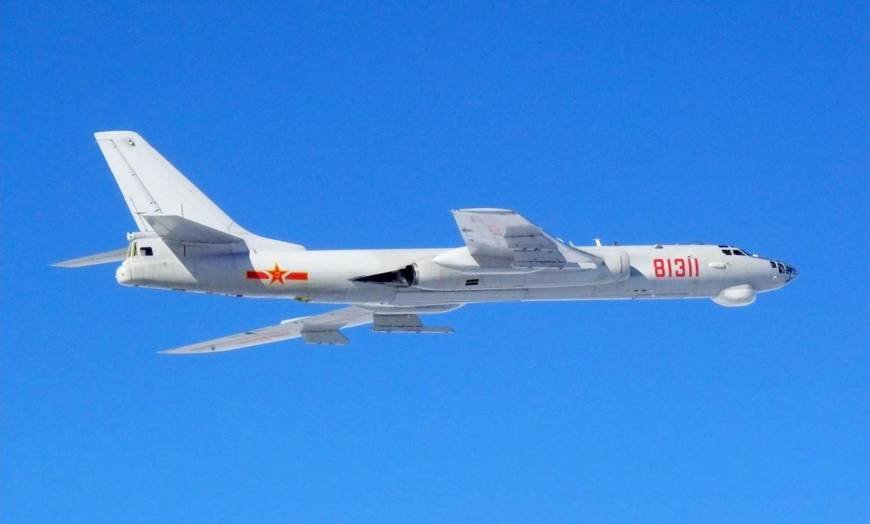 China on Sunday again sent bombers and intelligence-gathering aircraft through international airspace between the islands of Okinawa and Miyako in the East China Sea, part of what Beijing has called continued “regular” exercises in the area.

Japan scrambled fighters in response, though no violation of Japanese airspace was detected.

Four H-6 bombers and two intelligence-gathering aircraft flew a route that took them through the Miyako Strait and back.

The flight was believed to be the first through the passageway since August, when six Chinese bombers flew near Kansai’s Kii Peninsula for the first time.