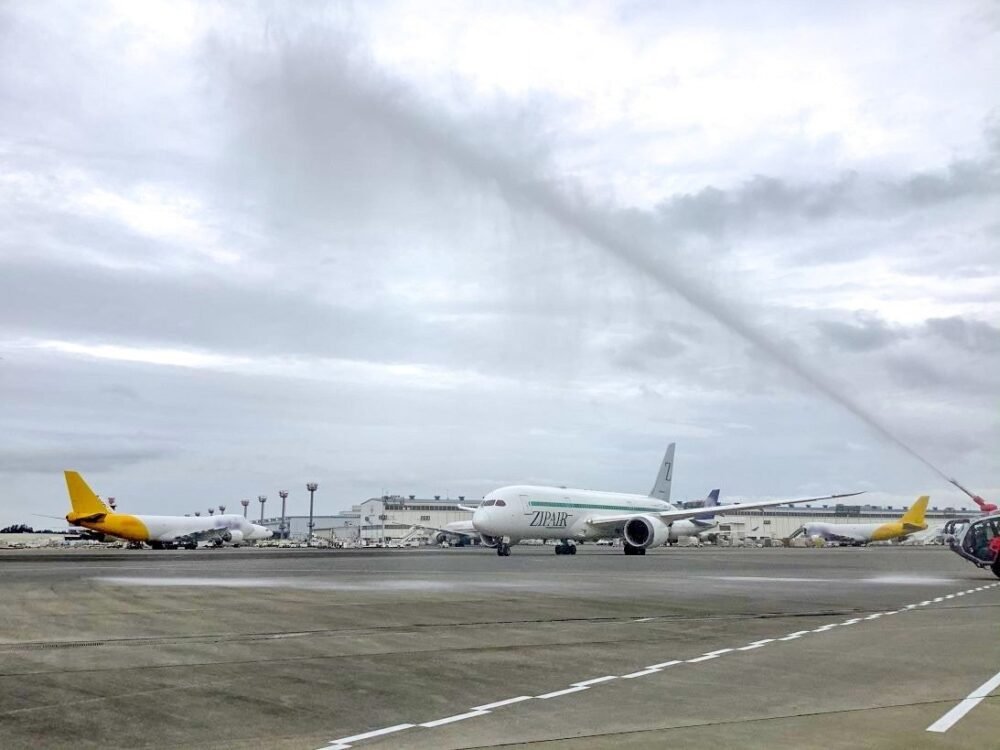 Japanese budget airline ZIPAIR launched passenger services on Friday with its just two passengers on board. The airline operated its first flight between Tokyo and Seoul on a Boeing 787-8 Dreamliner.

The Japan Airlines owned budget airline delayed its passenger service by five months due to the novel coronavirus pandemic. The Narita-based low-cost airline had initially planned to start a passenger service to Bangkok in May, adding Seoul in July.

However, due to the pandemic and travel restrictions, the airline started carrying only cargo to Bangkok, and Seoul from September.

“After delaying the operation of passenger flights once due to the spread of the novel coronavirus, we are finally able to serve you.”

This Narita-Seoul flight will be operated twice a week until October 25. The airline plans to operate three flights per week from October 25 onwards when the winter schedule begins.