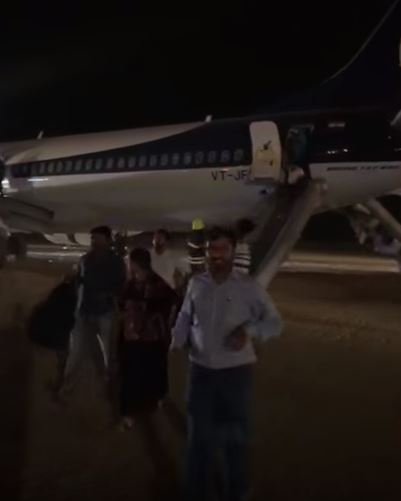 Jet Airways Flight 9W 523 travelling from Riyadh to Mumbai slipped off the runway after it was aborted during takeoff at the Riyadh Airport yesterday.

All 142 guests and seven crew members aboard the Boeing 737-800 aircraft were safely evacuated with no reported injuries as per the airlines.

As per an official statement by the Jet Airways, the guests were accommodated inside the terminal building after the incident.

As per the report released by Jet Airways to DGCA, the pilot found an object on the runway and decided to abort the takeoff. The report claimed that the aircraft must have braked hard to ensure the plane stops in the available length of the runway. However, a detailed investigation on the matter is pending.

On July 22, 2018, a Mumbai-London Jet Airways flight was diverted to Bucharest, located around 2,000 kilometres from the UK capital due to a medical emergency.