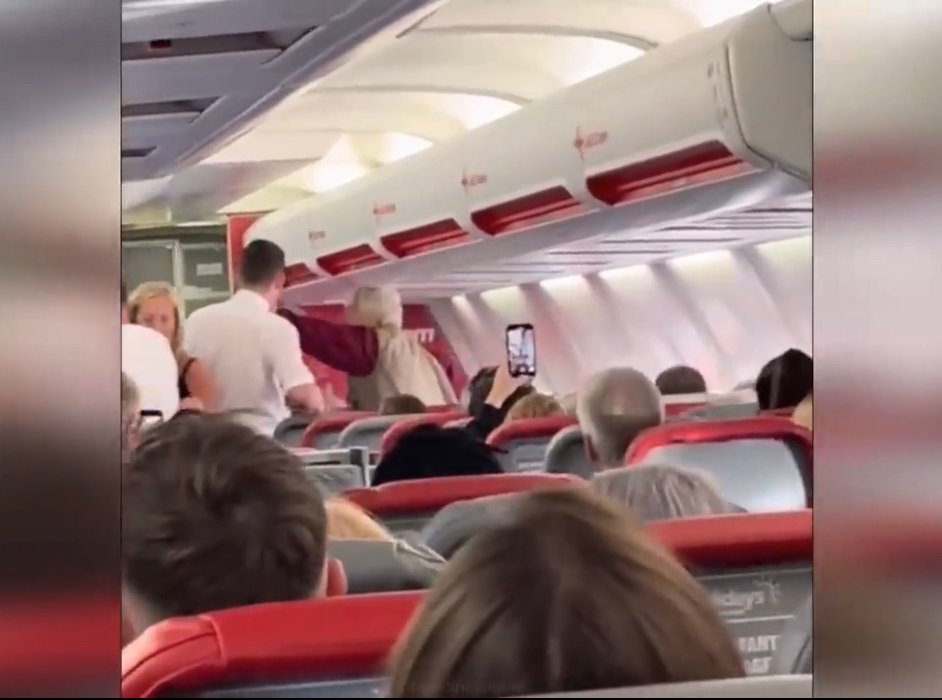 On 25th August, a Jet2.com flight from Manchester to Rhodes was forced to divert to Munich over an unruly passenger.

The Boeing 757, with registration G-LSAI was operating flight LS819 from Manchester to Rhodes. However, one of the woman passengers reportedly irate after her request for free champagne was refused.

She then went on to order a gin and tonic which the cabin crew eventually took away from her as she continued to be aggressive.

Moreover, one of the witnesses reported that the elderly woman urinated on three seats while punching other people. It is also being said that she even tried to open the emergency exit.

The pilots then diverted the aircraft to Munich where she was escorted by the police officers.

The elderly woman chas been seen being carried along the aisle of the plane towards the exit by two police officers, with her legs dragging along the floor.

The woman sounds distressed and appears to say ‘help me’ as she is dragged towards the back door of the aircraft.