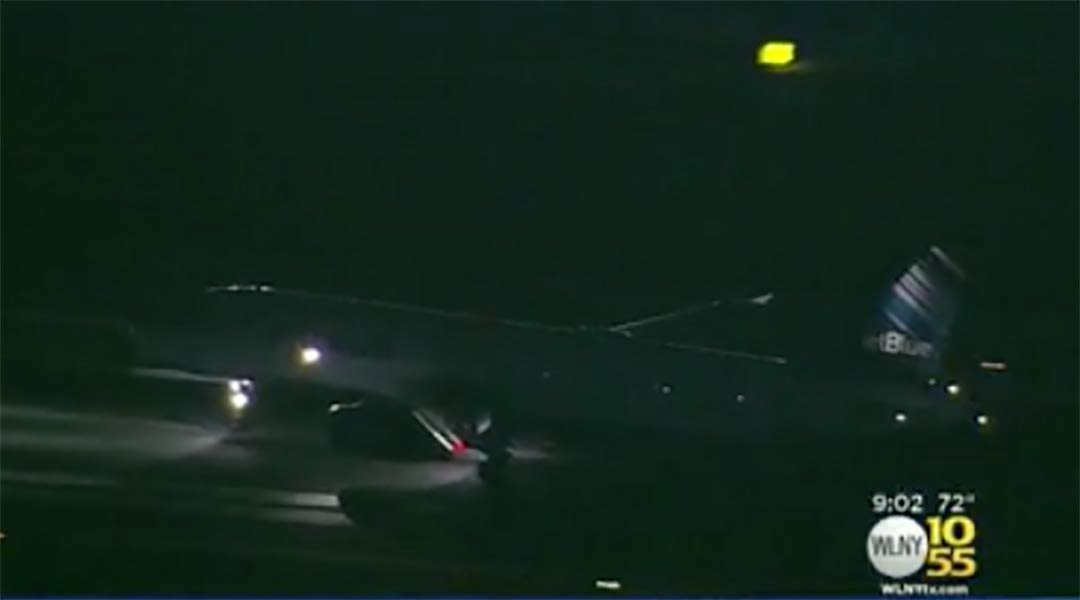 JetBlue Airways Flight 877, an Airbus 320 aircraft, struck the birds after departing Boston Logan International Airport around 4:45 p.m., according to the Federal Aviation Administration.

The crew declared an emergency and initially planned to return to Logan, but could not do so because of the weather, the FAA said.

The plane circled before safely landing at JFK just before 7:30 p.m.

16:33: After flying a few curves, the flight entered holding at an altitude of 2700ft – emergency services were requested

16:54: The pilots said they want to return to Boston Airport and requested vectors for runway 04R

17:14: After talking to company, the pilots said they will be diverting to New York JFK Airport

18:55: The flight finally left the holding and is approaching JFK Airport

19:01: ATC warned nearby aircraft about the emergency

19:25: The Airbus A320 has finally landed at JFK Airport on runway 13L with emergency services on standby

19:28: The pilots informed ATC that no further assistance was needed and the aircraft taxied to its gate

21:33: A replacement aircraft departed JFK Airport to bring the passengers to Las Vegas

23:09 The replacement aircraft landed at LAS Airport. The flight had a total delay of 4 hours and 15 minutes 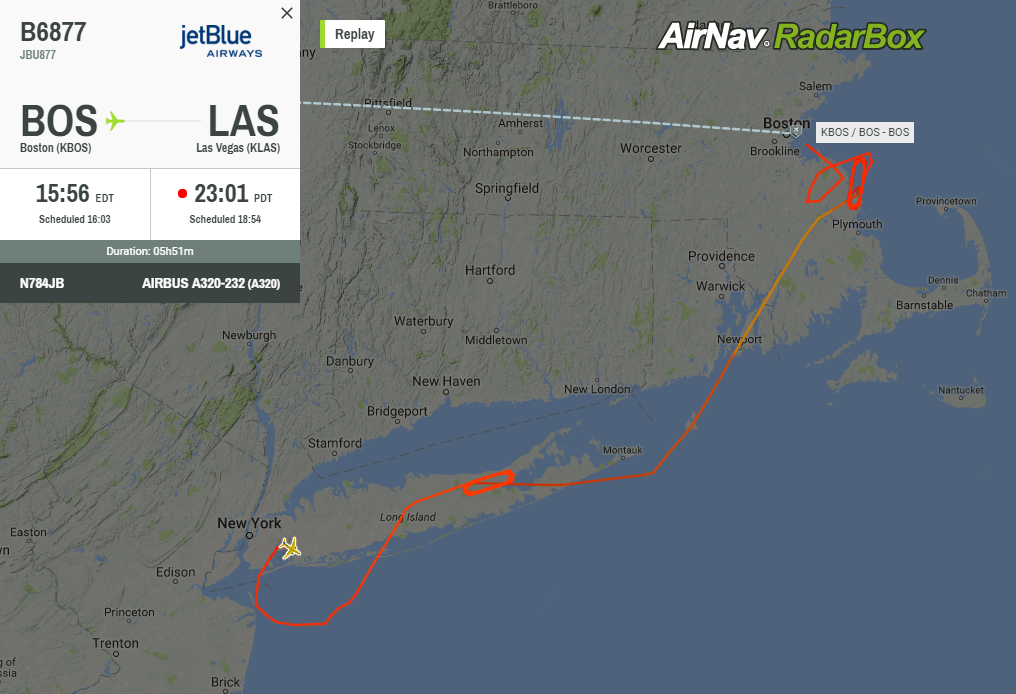 RadarBox24.com replay of the flight

JetBlue has not indicated whether the plane was damaged.