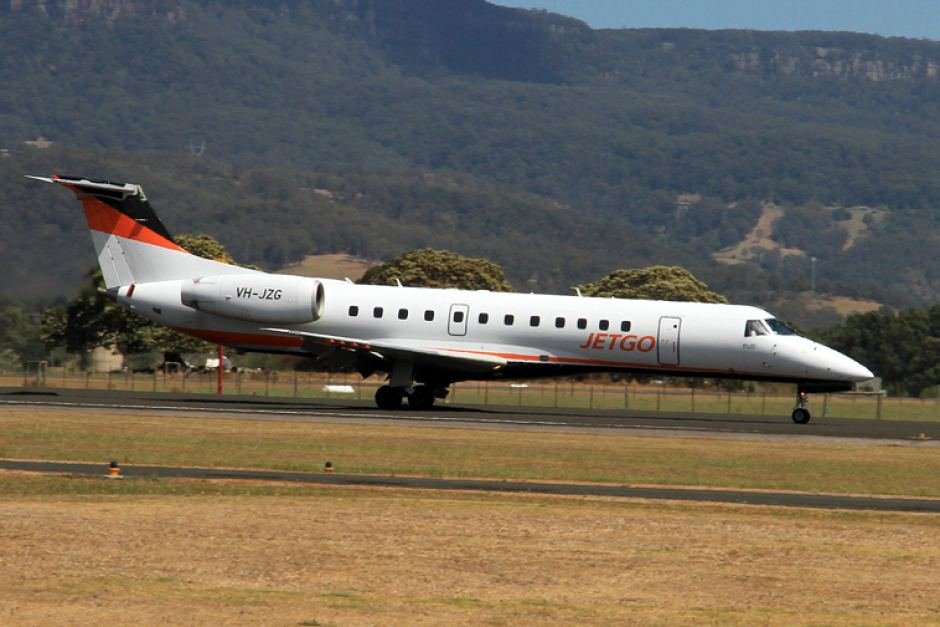 Australian Regional and Charter airline JetGo has been placed in voluntary administration. The move leads 4000 passengers “stranded” in the month of June.

The Queensland based airline made the announcement today, cancelling all commercial flights immediately. However, limited charter operations would continue. ABC News Australia said the announcement comes after Dubbo Regional Council lodged a claim in the New South Wales Supreme Court requesting the company be wound up over unpaid debts. The Dubbo Council says it is owed more than $270,000.

JetGo started as a charter airline for FIFO workers in the mining sector, but expanded into regular passenger services in 2014.

After the announcement the Shellharbour City Council, owners of the Illawarra Regional Airport, immediately ended it’s “service level agreement” with the company. The council is also owed money from the airline. The ABC also said, “[t]he news has shocked the Illawarra region, which did not have a commercial air service until JetGo began running local flights to Brisbane and Melbourne last year.”

In a statement to the ABC, Townsville Airport COO, Kevin Gill said, We worked with JetGo in recent months in an effort to assist the service to continue. JetGo has been a valued partner of Townsville Airport since commencing services to and from Townsville in September 2015.”

Dubbo Regional Council’s court action will have a hearing in the NSW Supreme Court on 18 June.

The Administrators, McLeod Partners, told the ABC that prior to their appointment only 2 of their fleet of 5 planes were operating. The Sydney Morning Herald (SMH) also says the Administrators have told passengers that there will be no automatic refunds of tickets bought, and suggested that they contact their banks about refund options.

Qantas has set up a hotline for JetGo customers – 1300 659 116. Qantas will offer JetGo customers discounted fares until the end of June. In order to access the fares JetGo passengers would need to quote their JetGo booking reference number and bring their JetGo itinerary to the check-in desk at the airport.

Virgin Australia told the SMH, “Passengers affected by Jetgo cancellations for bookings made for travel between 1-30 June 2018, can contact the Virgin Australia guest contact centre on (07) 3119 7019 to discuss options available to them.”

JetGo’s website has the following statement from the Administrators:

On 1 June 2018 we, Jonathan Paul McLeod and Bill Karageozis of McLeod & Partners, were appointed joint and several Administrators of the Company pursuant to Part 5.3A of the Corporations Act 2001.

We note that you may be a customer of the Company. In the circumstances all passenger operations of the Company have been temporarily suspended.

In the interim Qantas has set up a hotline number for the Company’s passengers to assist with cancelled flights and other flight options. 1300 659 116

You may also consider contacting your credit card provider to consider your options with respect to a refund of your ticket purchase. If this action is unsuccessful, you are also creditors of the Company and are entitled to lodge a claim in the Administration of the Company. Please see the Proof of Debt PDF download form on this page. Should you wish to formally lodge a claim in the Administration, please complete the Proof of Debt form and return same to this office along with documentation supporting your claim. Information regarding your rights as a creditor is provided in the information sheet enclosed to this report.”

The loss of commercial RPT air services provided by Jetgo to Brisbane and Melbourne is intensely disappointing and a significant inconvenience to the passengers who had pre-booked flights and travel plans. However, in good conscience Dubbo Regional Council could not continue to allow unpaid debts to mount up, debts which were already in excess of $270,000.

Council’s legal actions seeking to recover that debt on behalf of the Dubbo Regional community followed months of ongoing direct negotiations with Jetgo. With a clear responsibility to the community, Council took a final step to lodge a winding up application in order to get a result for the community in respect of significant and increasing unpaid debts owed by Jetgo.

Dubbo Regional Council has acted responsibly to recover the amounts outstanding for ratepayers. If allowed to continue, the significant mounting debt had potential to significantly affect Council’s budget and its ability to provide services to the community.

Jetgo has rapidly expanded its services within Australia. At the time of going into Administration Jetgo ran RPT services to Brisbane, Townsville, Rockhampton and the Gold Coast in Queensland, Wollongong, Dubbo, Wagga Wagga and Albury in New South Wales and Essendon Airport in Melbourne. Until last month, it also ran services between Brisbane and Tamworth and had plans to introduce a Brisbane to Karratha service.

This expansion has occurred whilst a substantial debt to the Dubbo Regional community has continually mounted. It is evident to Council that the Company was facing significant financial hardship beyond the debt owed to Dubbo Regional Council.

Proceedings for the legal action initiated by Dubbo Regional Council were listed for 18 June 2018. This action to enter voluntary administration is based upon the directors of Jetgo confirming that the company is unable to pay its debts as and when they fall due, however this is not limited to the debt owed to Dubbo Regional Council and extends to all obligations of the company, including other airports, employees and stakeholders.

Dubbo Regional Council will seek further legal advice in respect of its outstanding debt which is currently $271,917.57. Council will consider all the interests of the community in respect of any proposal which is put forward by the directors of Jetgo as part of the voluntary administration process.

Johnathon McLeod and Bill Karageozis of McLeod Partners have been appointed as the administrators. JETGO have advised the company will continue limited Charter Operations, however, all Regular Passenger Transport (RPT) scheduled services are currently suspended.”