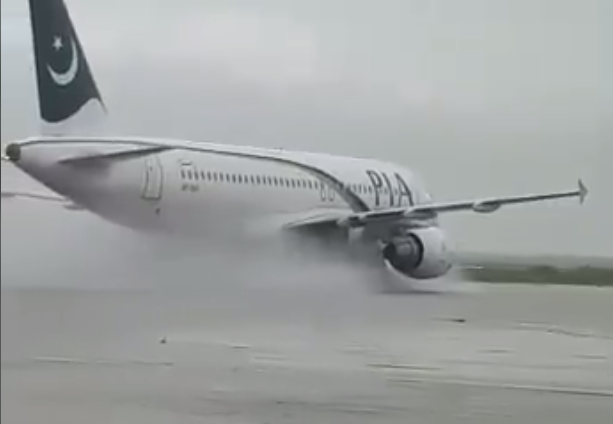 In the wake of rough weather and heavy rainfall, the Civil Aviation Authority of Pakistan has announced the suspension of a number of its flights at Jinnah International Airport in Karachi.

According to the Meteorological Department, Karachi has received 500mm rain so far and has predicted more rains in the city.

On Friday, 28th August the Chief Minister Syed Murad Ali Shah declared a public holiday for all governmental and private institutions due to the heavy rain.

Exclusive Airlive video shows a plane on the Karachi Airport taxiway has come to light showing the degree to which water has accumulated in the area.

Karachi airport flooded. This PIA A320 was the last aircraft before the airport stopped operations.

This rainfall broke all previous records of rain in Karachi, which has affected the parts of the province.

The Meteorological Department has warned the public saying that the rainfall system has gained more intensity after it has merged with another system coming in from Balochistan.