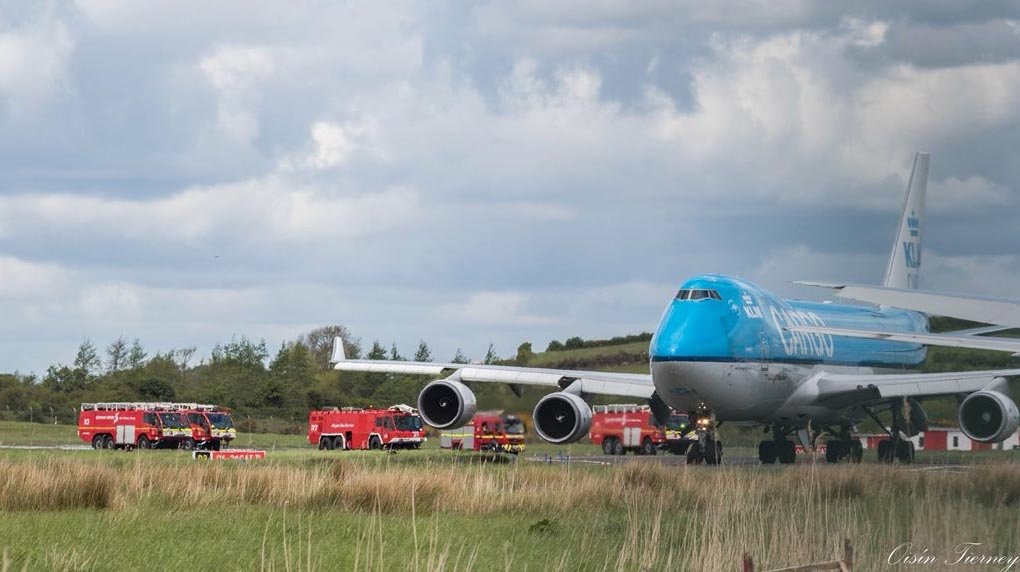 A cargo jet carrying consignment of horses has made an emergency landing at Shannon Airport after the crew reported a possible fire on board.

Martinair flight 7342 was travelling from Miami in the US to Amsterdam with six crew on board.

52 horses on board the KLM Cargo Boeing 747-400 freighter which was operating on behalf of Martinair.

The crew reported they had a cargo hold fire indication but could not tell whether there was a fire on board. They requested permission to divert and land at Shannon.

The flight landed safely at 1.03pm and was pursed along the runway by fire crews. The jet stopped on a taxiway so that fire officers could carrying out a visual inspection of the aircraft’s fuselage for any evident of fire.

The plane continued to a parking stand where a further inspection was carried out. It’s believed there was no evidence of fire found on board.