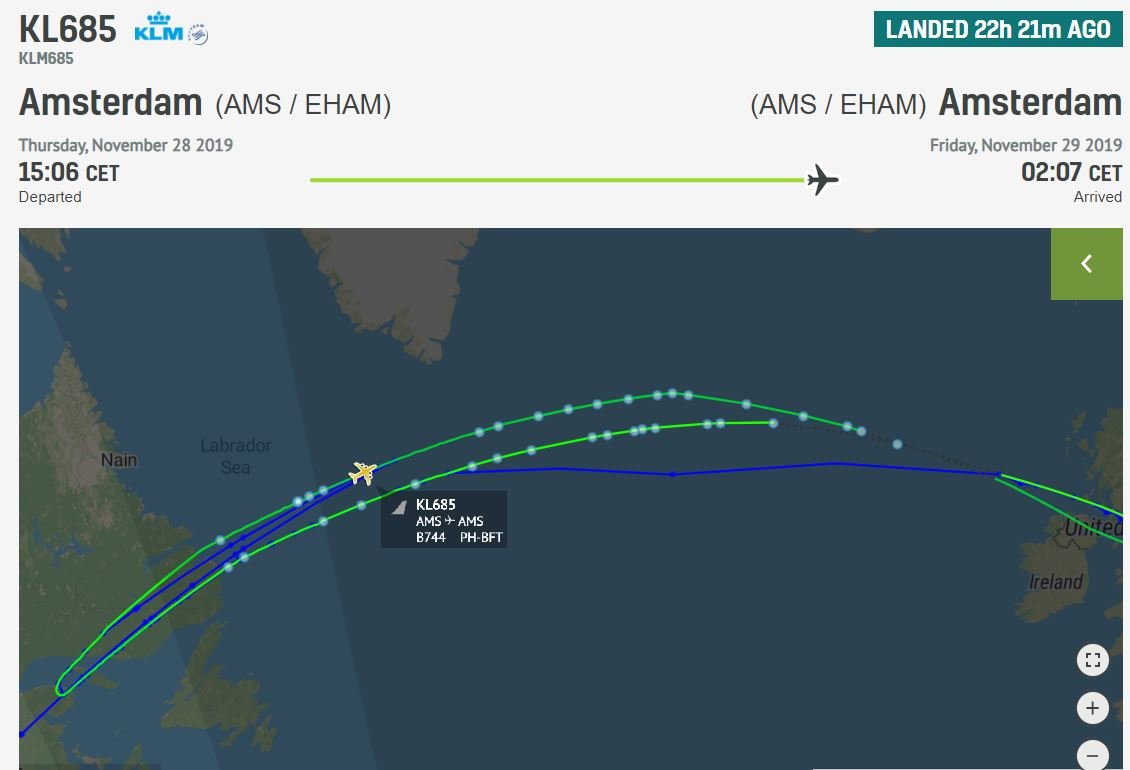 An erupting volcano in Mexico forced KLM #KL685 with horses on board to return to Amsterdam after an 11-hour flight.

Flight #KL685 took off from Amsterdam’s Schiphol Airport and made it all the way to eastern Canada when the crew realized that a volcanic eruption in Mexico meant that the flight wouldn’t be able to land at its destination.

The flight was over New Brunswick about 5 1/2 hours into the flight when the crew turned around and headed back to Amsterdam, landing at 2:30 a.m., 11 hours later.

The Dutch airline told said “landing at another airport was not possible, because of the visa requirements of passengers and as there was a large cargo of horses on board.”

According to our sources, there were 24 horses on board, the most probable reason why the flight returned to Amsterdam instead to divert in Canada or USA.

This KLM aircraft (reg. PH-BFT) is a combi Boeing 747 able to handle passengers and a large cargo hold.