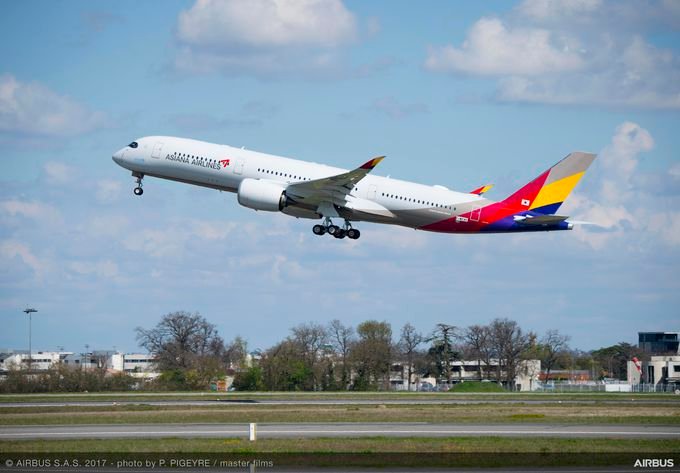 Korean Air plans to raise 2.5 trillion won via rights offerings early next year. Of the proceeds, it will spend 1.5 trillion won to buy new shares to be sold by Asiana and 300 billion won worth of Asiana perpetual bonds, the company said in a statement.

“The company made the decision to help the country’s airline industry continue to grow (amid uncertainties) and minimize the injection of public funds (into Asiana),” Korean Air Chairman Cho Won-tae said in the statement.

The chairman said the company will put the job security of current employees at the two airlines before anything else in the acquisition process.

The state-run Korea Development Bank (KDB), the main creditor of Asiana Airlines, will inject 800 billion won into Hanjin KAL, Korean Air Lines’ parent firm, through a rights offering and convertible bonds. Hanjin KAL will then participate in the 2.5 trillion won worth of stock sale by Korean Air.

Korean Air, currently the world’s 18th largest, will become Asiana’s biggest shareholder with a 63.9 percent stake if the acquisition is completed.

The country’s antitrust regulator will review the deal over the issue of monopoly. If things go smoothly, the deal is expected to be completed later next year.