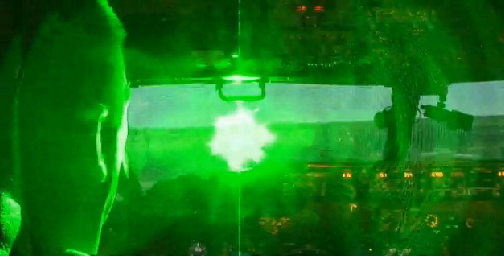 West Yorkshire Police said shining a laser at an aircraft can dazzle and distract the pilot.

A flight approaching the airport reported seeing a green laser at 22:25 BST on Monday.

At 23:10, another pilot reported a green laser being shone repeatedly into the cockpit.