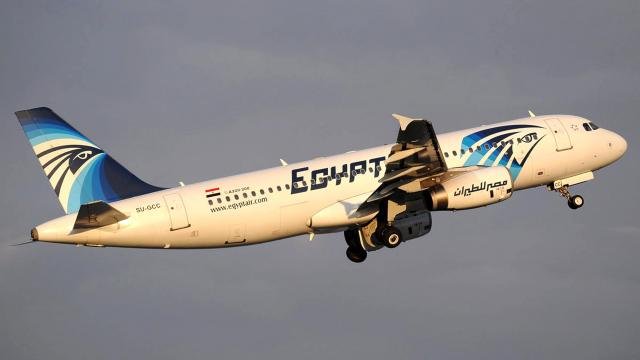 A report conducted by French aviation experts has concluded that the crash of EgyptAir flight MS804 in 2016, which killed all 66 people on board, was likely caused by a fire sparked from a pilot’s cigarette.

Flight MS804 was bound from Paris’s Charles de Gaulle airport to Cairo, but plunged into the sea between Crete and the northern coast of Egypt after disappearing from radars on May 19, 2016.

France’s Bureau of Enquiry and Analysis for Civil Aviation Safety (BEA) initially suspected that there was a mechanical failure or inadequacy that led to the crash, while Egypt refused to publish a report into the tragic incident and claimed the plane had been subject to a terrorist attack.

A 2018 BEA report concluded the crash had been caused by a fire on board the aircraft upon analysis of black box data, but stopped short of establishing a specific reason as to why the fire was ignited.

But a new report, which was sent to a Parisian court last month at the request of French judges – a copy of which has been seen by Italian daily Corriere della Sera – concluded the fire was likely caused by the cigarette of a smoking pilot, which ignited oxygen that had leaked from one of the pilot’s oxygen masks.

Paris’ Court of Appeal is investigating the incident on grounds of manslaughter, as 15 French citizens were on board the plane when it plunged into the sea.

The team of experts met 23 times between August 2021 and February 2022 to draft the report, re-examining black box data that had been recovered following the 2016 crash.

A 134 page report contends that an oxygen mask in the cockpit of the plane had leaked shortly before the crash occurred – evidenced by the black box audio recording which captured the sound of the oxygen hissing from the mask as it sat in its compartment.

The mask in question had been replaced just three days prior to the fatal flight by an EgyptAir maintenance worker, and inexplicably had its release valve set to the ’emergency’ position – a significant detail as this setting forces oxygen to be released at a higher pressure.

The Airbus safety manual states that ‘oxygen leaks may occur’ when left in the emergency position.

Meanwhile, the ashtrays in the airplane’s cockpit had been replaced two months prior to the crash due to their excessive use, as pilots were not forbidden to smoke at the time.

All passengers and crew on board, including 40 Egyptians and 15 French citizens, lost their lives in the A320 Airbus crash.

But Egypt’s civil aviation authority to this day has not released a report into the matter and has been accused of refusing to co-operate with French authorities.

In July 2018, Egypt’s prosecutor general rejected findings published in France’s BEA report of the same year which contended that a cockpit fire had caused the crash – though it did not establish the cause of the fire.