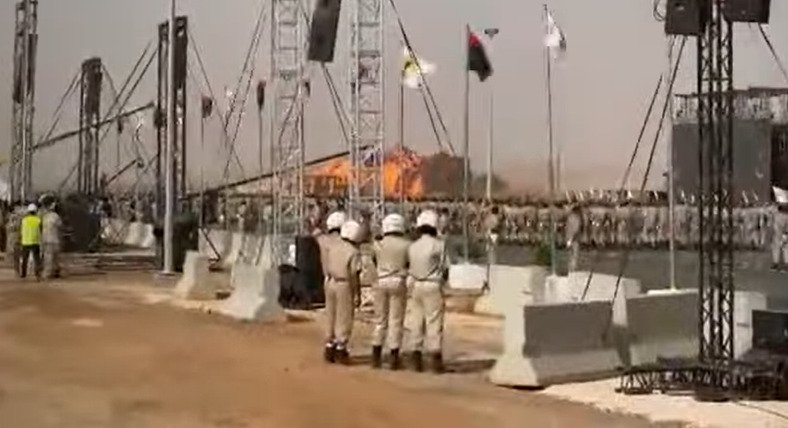 A Soviet MIG-21 fighter jet of the Libyan Air Force crashed during a military parade in the Libyan city of Benghazi on 29th May.

The fighter jet crashed shortly after takeoff so as to take part in the military parade. This parade marked the seventh anniversary of Operation Dignity, during which Benghazi was liberated from a coalition of Islamic State-linked terrorist groups.

According to initial reports, the accident was caused by a technical failure. The pilot, Colonel Jamal Ben Amer, was killed in the crash. The Libyan Air Force has ordered an investigation into this crash.

The pilot was one of the most distinguished fighter pilots of the Libyan Air Force has participated in tens of counter-terror operations between 2013 & 2019.