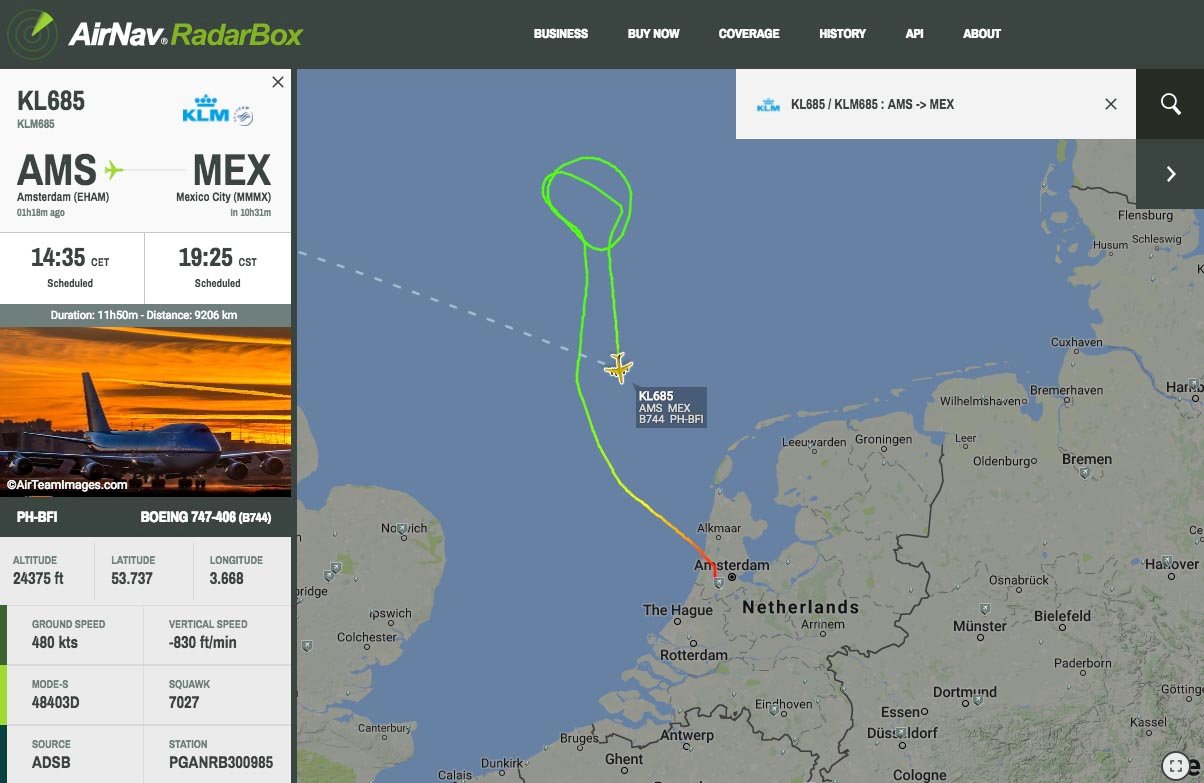 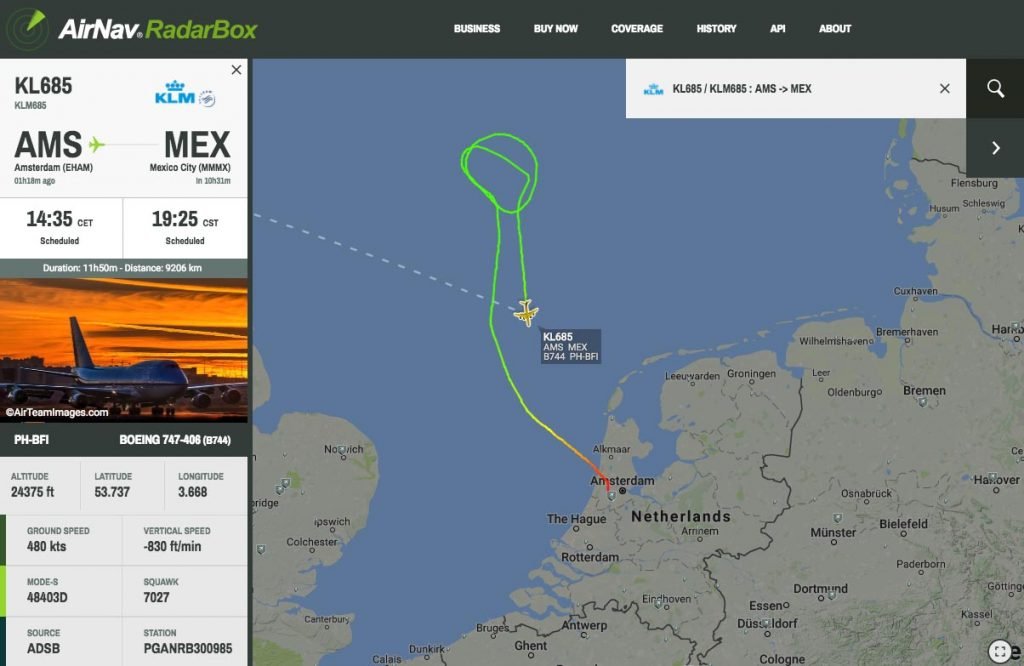 KLM Boeing 747-400 (reg. PH-BFI) to Mexico City suffered a possible birdstrike on departure from Amsterdam and declaring issue with engine #4.