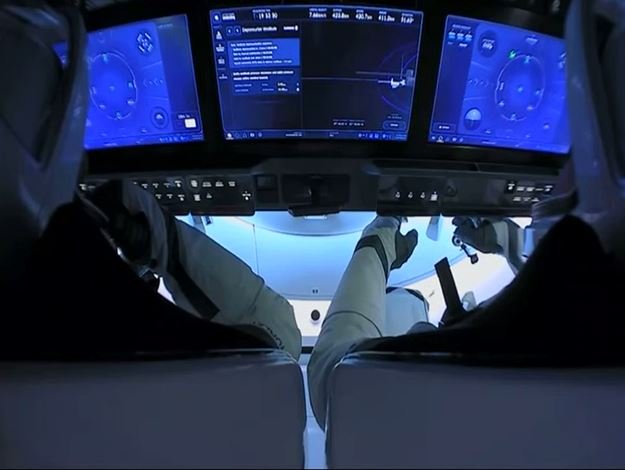 SpaceX and NASA are now targeting 7:34 p.m. EDT on Saturday, August 1 for Crew Dragon to autonomously undock from the Space Station, with the two astronauts aboard the spacecraft, and return to Earth. Approximately 19 hours later, after jettisoning its trunk and re-entering Earth’s atmosphere, Dragon will splash down at one of seven targeted water landing sites off the coast of Florida at 2:42 p.m. EDT on Sunday, August 2.

On Saturday, May 30, SpaceX’s Falcon 9 launched Crew Dragon’s second demonstration (Demo-2) mission from Launch Complex 39A (LC-39A) at NASA’s Kennedy Space Center in Florida, and the next day Crew Dragon autonomously docked to the International Space Station. This test flight with NASA astronauts Bob Behnken and Doug Hurley aboard the Dragon spacecraft returned human spaceflight to the United States.

The Demo-2 mission is the final major milestone for SpaceX’s human spaceflight system to be certified by NASA for operational crew missions to and from the International Space Station. Once the Demo-2 mission is complete, and the SpaceX and NASA teams have reviewed all the data for certification, NASA astronauts Victor Glover, Mike Hopkins, Shannon Walker, and JAXA astronaut Soichi Noguchi will fly on Dragon’s first six-month operational mission (Crew-1) targeted for late September.