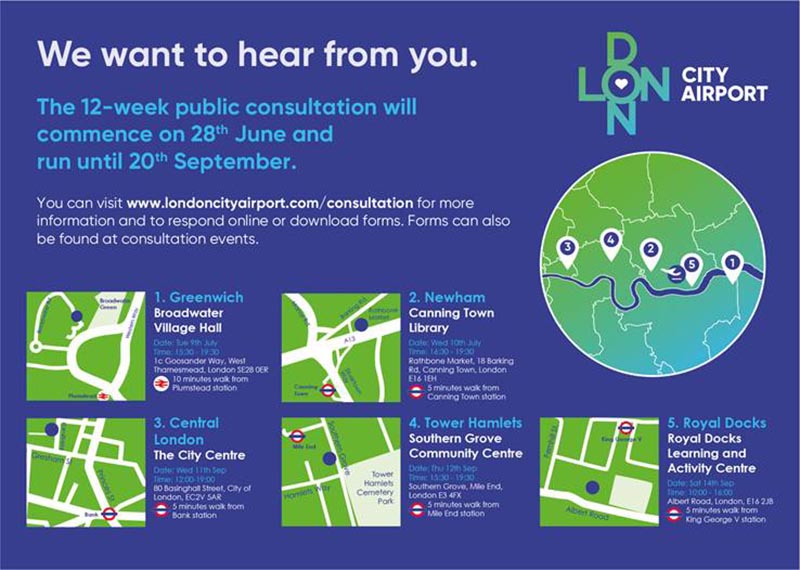 London City Airport has published a draft master plan, detailing how it could respond to continued demand for business and leisure air travel, in a sustainable and responsible way, over the next 15 years.

It follows a 42% increase in passengers at London’s most central airport over the past five years and the continued shift in London’s centre of gravity towards the east, where the rate of growth in population, homes, jobs and office space is higher than any other part of the capital.

At the heart of the draft master plan is sustainability, with measures that will encourage airlines to accelerate investment in the latest generation of cleaner and quieter aircraft that are 17 per cent more fuel-efficient compared to their predecessors.

The draft master plan forecasts that these new aircraft, like the Airbus A220 and Embraer E2, could comprise 75 per cent of all jet aircraft by 2035.

The airport will retain its eight-hour night time closure, and not permit any noisier aircraft than those currently operating. Most importantly, the airport will also continue to operate within its existing noise contour limit, and seek to reduce this area over the duration of the draft master plan.