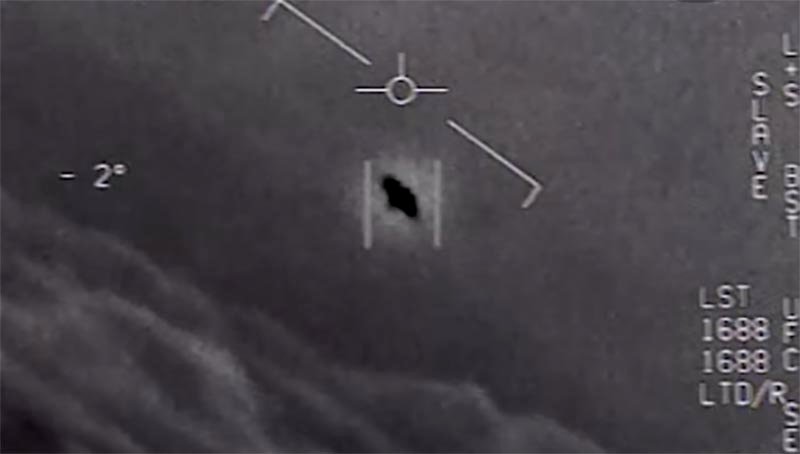 A newly declassified video obtained by a research company shows a fast-moving UFO off the East Coast as it was tracked by two U.S. Navy pilots in 2015.

It’s unclear what the object is, and the pilots are heard laughing and shouting as they attempt to track it.

“Wow! What is that, man?” one of the pilots says in the video. “Look at that flying!”

The footage was released late last week by To The Stars Academy Of Arts And Science, a private research and media firm, which also provided analysis of the clip.

“This footage was captured by a U.S. Navy F/A-18 Super Hornet using the Raytheon ATFLIR Pod that was being operated by a highly trained aerial observer and weapons system operator whom the government has spent millions of dollars to train.”

The organization notes that the object has no wings or tail, and leaves no exhaust plume.

To The Stars Academy Of Arts And Science was founded by Tom DeLonge, the rock star formerly of Blink 182 and currently in the band Angels & Airwaves. Other co-founders include Jim Semivan, formerly a senior intelligence member of the CIA, and Hal Puthoff, who has advised NASA and the Defense Department.