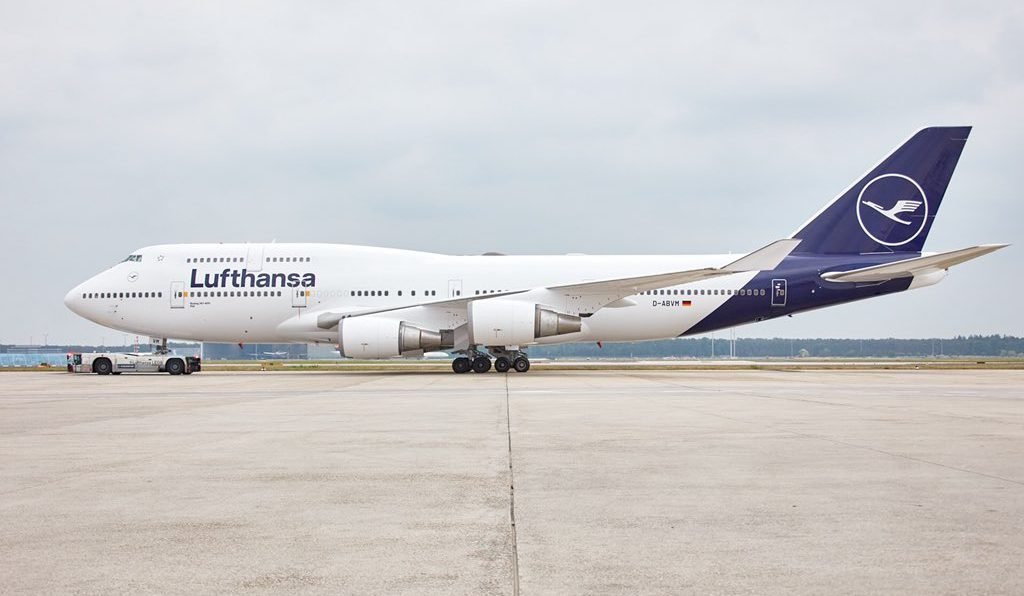 The airline has changed the blue tone and size of the crane on the second version of its new design. Photo: © Lufthansa

Lufthansa has unveiled a modified version of its new livery on Thursday.

The German flag carrier showed off its new brand design during an event at Frankfurt and Munich Airport in February this year. It removed the iconic yellow circle, known as the ‘fried egg’, from the horizontal stabilizer and changed the blue tone to a way darker color.

After many people and the airline itself noticed that the new livery looks very black/white, depending on the light conditions, Lufthansa announced that they are working on a ‘new blue’.

On Thursday at 6:38pm local time, a Lufthansa Boeing 747-400 touched down at Frankfurt Airport, after spending two weeks in Dublin, Ireland for painting. The 20 year old aircraft, D-ABVM, was wearing the announced modified blue color.

This modified version of the design does not only differ in color from the previous ‘new’ livery. Lufthansa has also increased the size of the crane, to make it more visible from greater distances, and added a yellow welcome sign next to another door on the left side of the aircraft.

However, Lufthansa clearly states that this modification is only a test for a ‘new blue’, so we might get to see another version, in case the airline is not happy with this one.