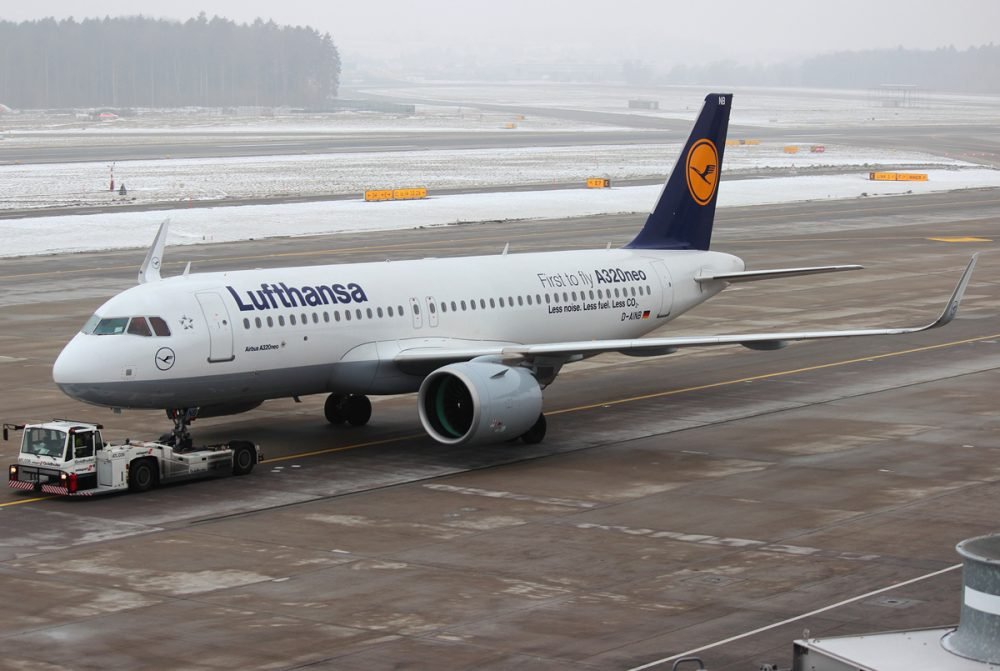 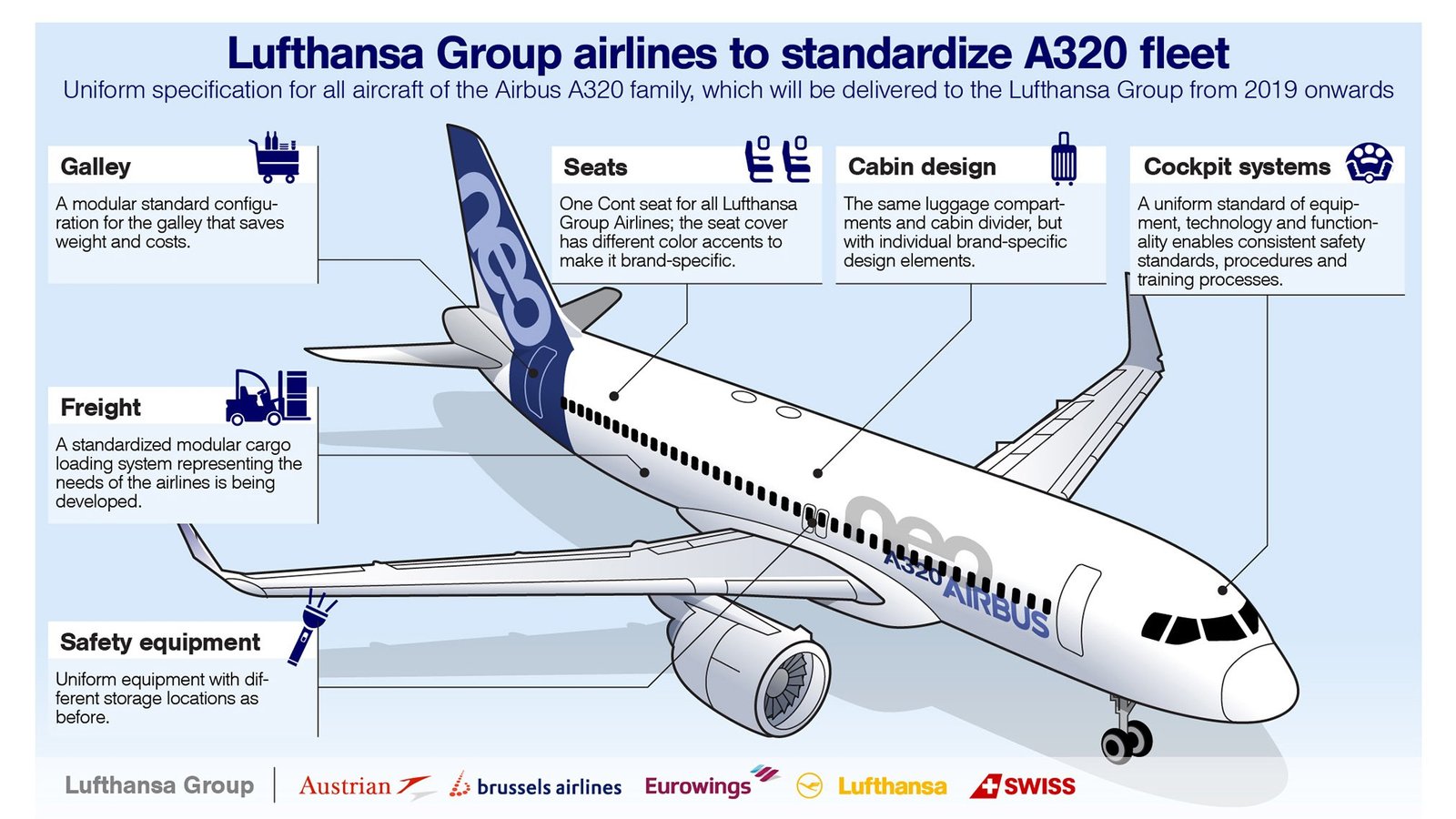 Lufthansa has announced a standardised A320 cabin configuration for all group airlines, around 100 new A320neo will be delivered to them by 2025.

The new configuration will have identical cabins, including seats and luggage compartments which only differ in branding and color of the seat cover.

An A320 has 180 seats in the new configuration. “The standardization has no direct influence on the seat pitch. […] Inside the cabin, on-board kitchens and washrooms will be rearranged in the front and rear of the aircraft, to allow a more efficient use of space.“, Lufthansa told AIRLIVE.net.

“A standardised cabin for the Airbus A321 fleet is still being developed“. Lufthansa is due to receive its first A321neo in early 2019.

Austrian Airlines, Brussels Airlines and Eurowings will not receive neo aircraft for the time being.