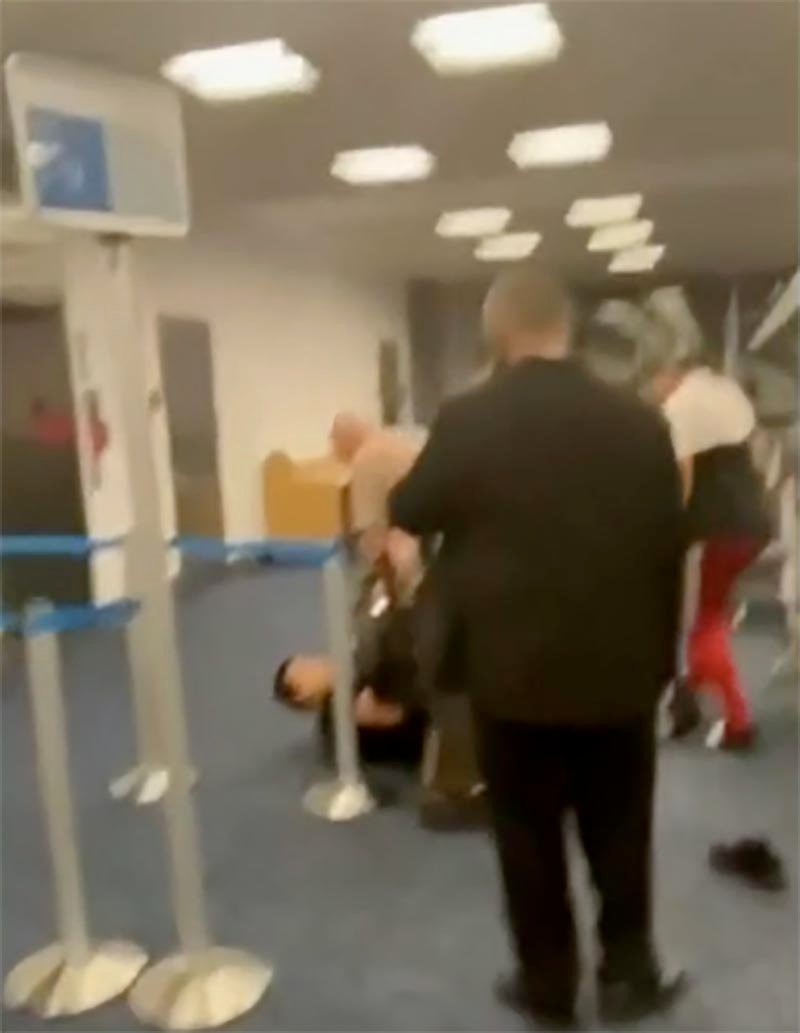 A passenger at Miami International Airport was detained early Monday morning and it was caught on video after he tried to force his way onto a plane.

According to American Airlines, during the boarding process of Flight 1060 from Miami to Newark, a ticketed passenger ran on the jetbridge, bypassing the gate agent.

A passenger who was getting ready to board took video of the man being taken into custody in the terminal after he was removed from the plane and posted it on his Twitter account.

The man was detained under the Baker Act and taken to Jackson Memorial Hospital for a medical evaluation.

Everyone was taken off the flight due to some comments he made. The plane underwent a security sweep and passengers were allowed to board again.

The plane left at 10:17 a.m. about three and a half hours later then scheduled.

“So that was it,” said Teman. “When he said he’s a decoy I said that’s it I am done with this plane. I will take another flight to Newark.”

An Air France pilot has died after in the crash of his aerobatic plane
June 2, 2020

Christopher Nolan blew up an actual Boeing 747 because it was ‘more efficient’ than special effects
June 1, 2020