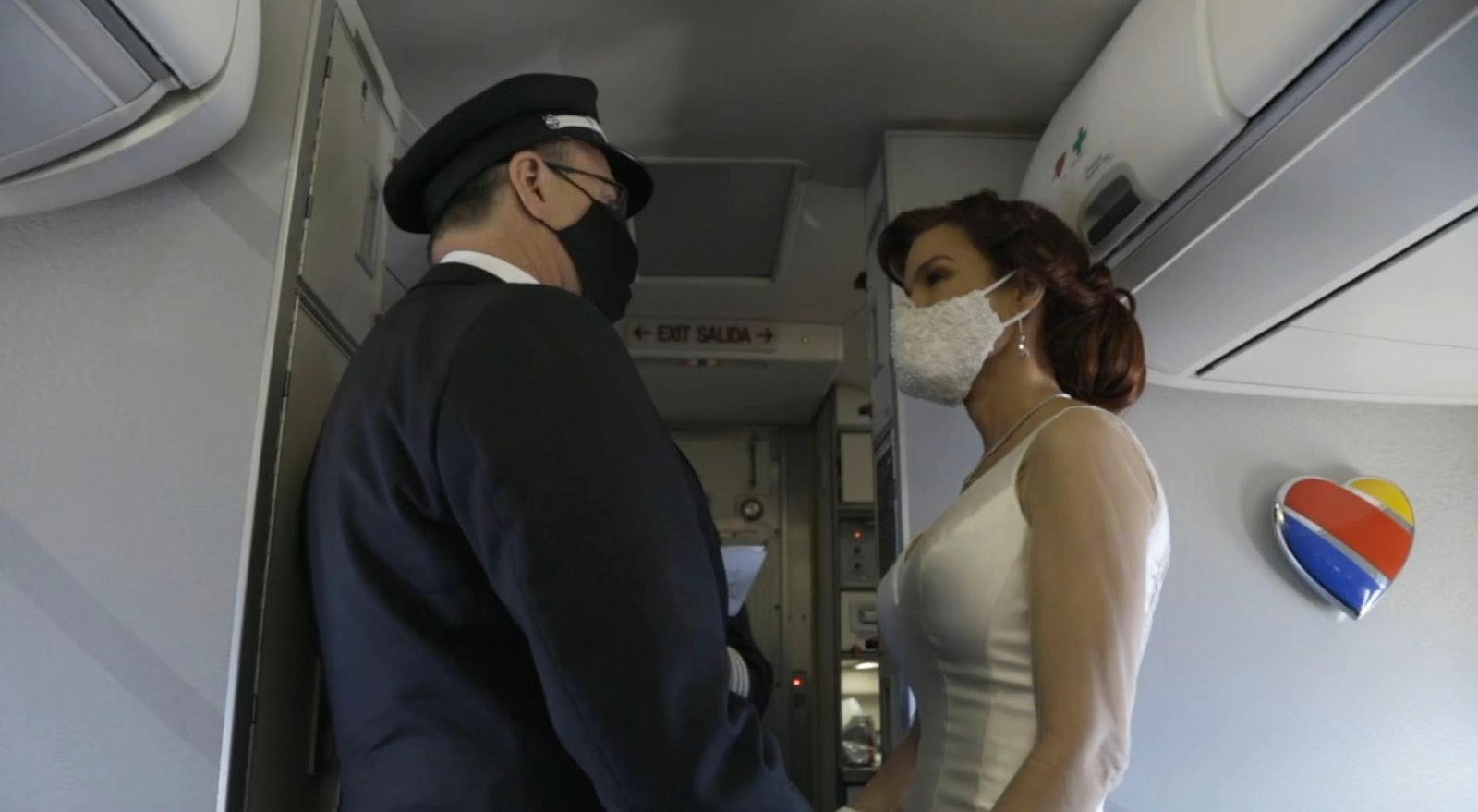 Mile-high marriage onboard a Southwest flight.

York, a Southwest Pilot, and Sabrina, a fellow aviation-lover, met in person for the first time at a Southwest ticket counter.

As the two began dating, Sabrina would join York’s trips for Southwest on her days off, allowing the two to travel together from city to city.

The ceremony was attended by several friends, family, and a group of unsuspecting but well-wishing Southwest Customers.