Massive fight broke out between passengers on Ryanair flight to Manchester 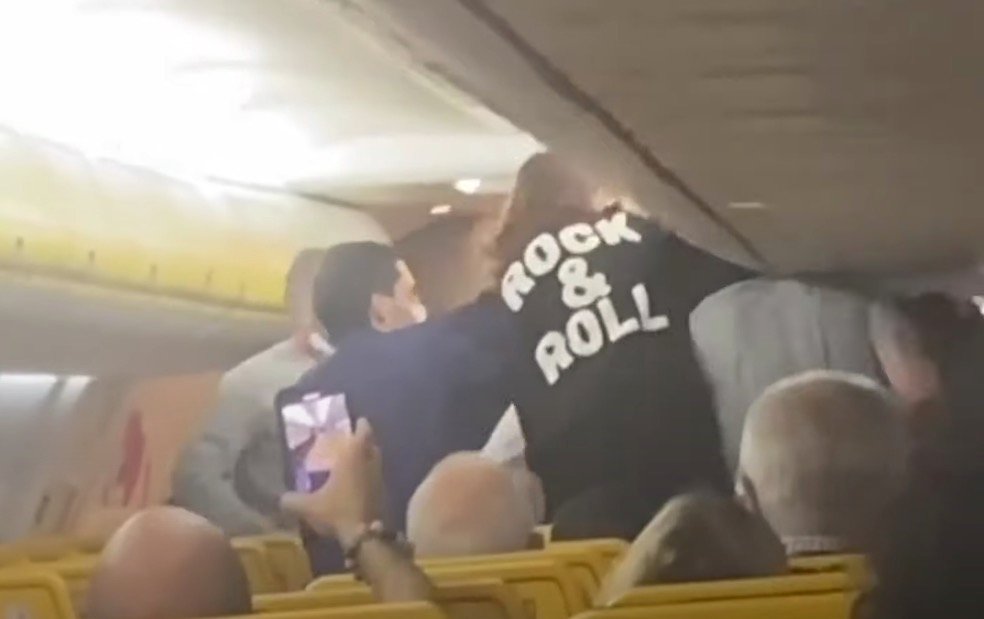 Shocking footage shows the moment a fight broke out between passengers in the middle of a Ryanair flight.

Two male passengers were filmed running down the aisle towards a fight at the front of the plane between a woman and a man. Ryanair staff can be seen desperately trying to separate the passengers who were shouting and throwing punches at each other.

The two men who ran forward are shown returning to their seats as a Ryanair steward forced the woman to leave the front of the plane. The Ryanair flight had taken off from Malaga and was just arriving at Manchester Airport when the fight kicked off.

The police came onboard and nobody could get off until they verified who was involved in the fight. An officer told the Ryanair staff that they could need to use tasers.

A spokesperson for Ryanair said: “The crew of this flight from Malaga to Manchester (26 Oct) requested police assistance upon arrival after several passengers became disruptive shortly before arrival. This is now a matter for local police.”