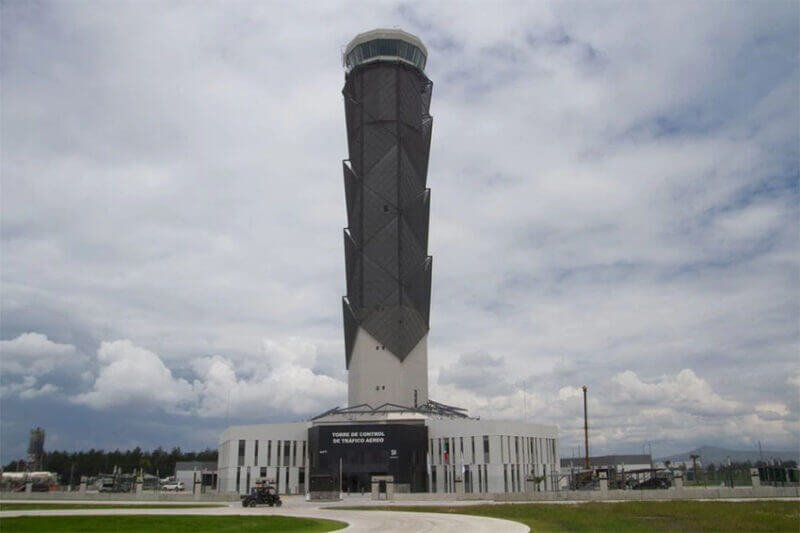 Keeping the proper proportions, the inclination of the control tower at the airport in Santa Lucía, Mexico, is being compared to the Tower of Pisa.

The architect of the work at the Mexican airport, Axel Belfort, spoke indignantly on social media after a photo of the leaning tower began to go viral.

However, his revolt would be justified by the fact that people would have shared manipulated images, which show the tower much more tilted than it actually is.

Alex Belfort posted on Twitter to say the 88-meter tower had an inclination of 18 centimeters at its highest point, calculated “with topographic measuring instruments,” and assured that “inspection and control work must be carried out to do any work of that type.”

It been caused by the poor quality of the terrain and the weight of the building on it. He says that “it could be a sinking in the structure or foundations, but this is not catastrophic and may be repairable.”

In any case, Belfort maintains that the tilt is still in the regulatory range and it is important to continue monitoring so that it remains so.

If this sinking continues, Belfort mentions that it is possible to fix it by sinking the other side to level the Tower.