Military Veteran detained at Miami airport after he goes berserk 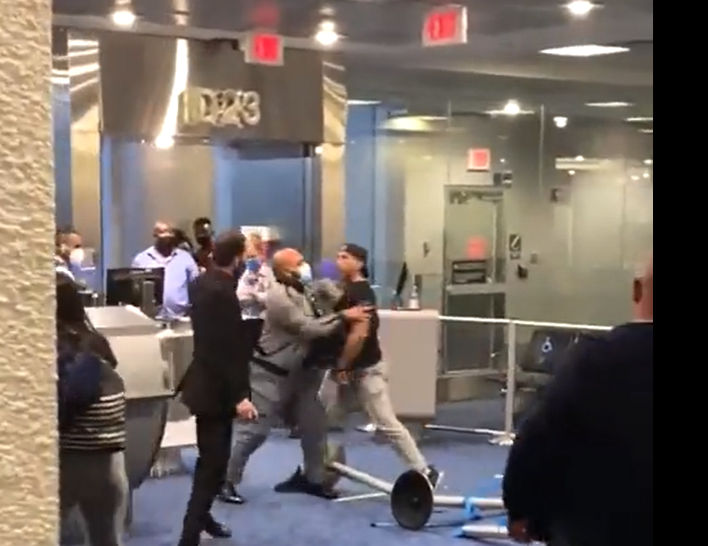 The person can be seen attacking American Airlines gate agents. The man was apparently suffering from mental health issues and was hospitalized by Miami Police.

Travellers managed to get a video clip of the incident. The unmasked vet can be seen screaming profanities at airline staff after he was denied a boarding pass. Video shows the man picking up barriers as he rages. Employees near him getaway, and few try to stop. A hit from that barrier could have been serious to the employees or other travellers.

The police were called as the man continues to threaten the employees. The Miami Police Department later tweeted that officers were deployed as soon as they received a call for help from airport staff.

The tweet said, “Our Airport District officers immediately responded to the call by airport staff and transported him to a local hospital for treatment and evaluation. The MDPD is committed to the safety of all our residents and visitors. Despite the rage, thankfully, no one was harmed.

Apparently, the person was suffering from a mental health crisis. An American Airlines spokesperson said, “When travelling with us, we expect all customers to follow our policies, and we will not tolerate violence of any kind toward our team members.”

“We thank our MIA team for their quick action and professionalism to ensure the safety of our customers and fellow team members.”