More about the emergency landing at Belfast airport yesterday 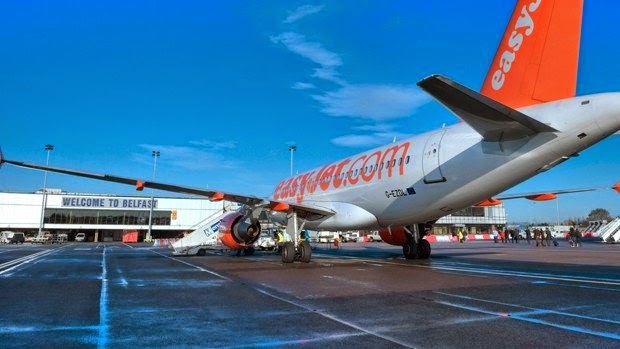 An easyJet flight from Manchester made an emergency landing at Belfast International airport on Monday due to a suspected technical fault.

The plane flying from Manchester Airport was met by emergency services on arrival as a precautionary measure before it was towed to a stand for a full inspection.A spokesperson said passengers were able to disembark as normal.They added that the aircraft was fully checked over on arrival by engineers and is now back in operation.”easyJet can confirm that flight EZY137 from Manchester Airport landed safely and routinely at Belfast International Airport on 2 June,” a statement said.

“The safety and well-being of our passengers and crew is always easyJet’s number one priority.”Kate Johnston, who was on board the plane, described the ordeal as “like something out of a movie”.”The captain asked for one of the crew members to come to the cockpit,” she said.”It became very obvious there was a problem. At first we weren’t being told too much and then we were asking whether we’d be landing on water or make it to the runway, the runway at that point was about 20 minutes away.”The staff came down and said to everybody, explained how to do the brace position, to take our shoes off, and they explained to the people at the emergency doors what they had to do, so it was all quite real.”People started to cry, including myself. There was lots of children on the plane as well who were getting a bit upset.”She added that the crew had been “great” throughout the incident.