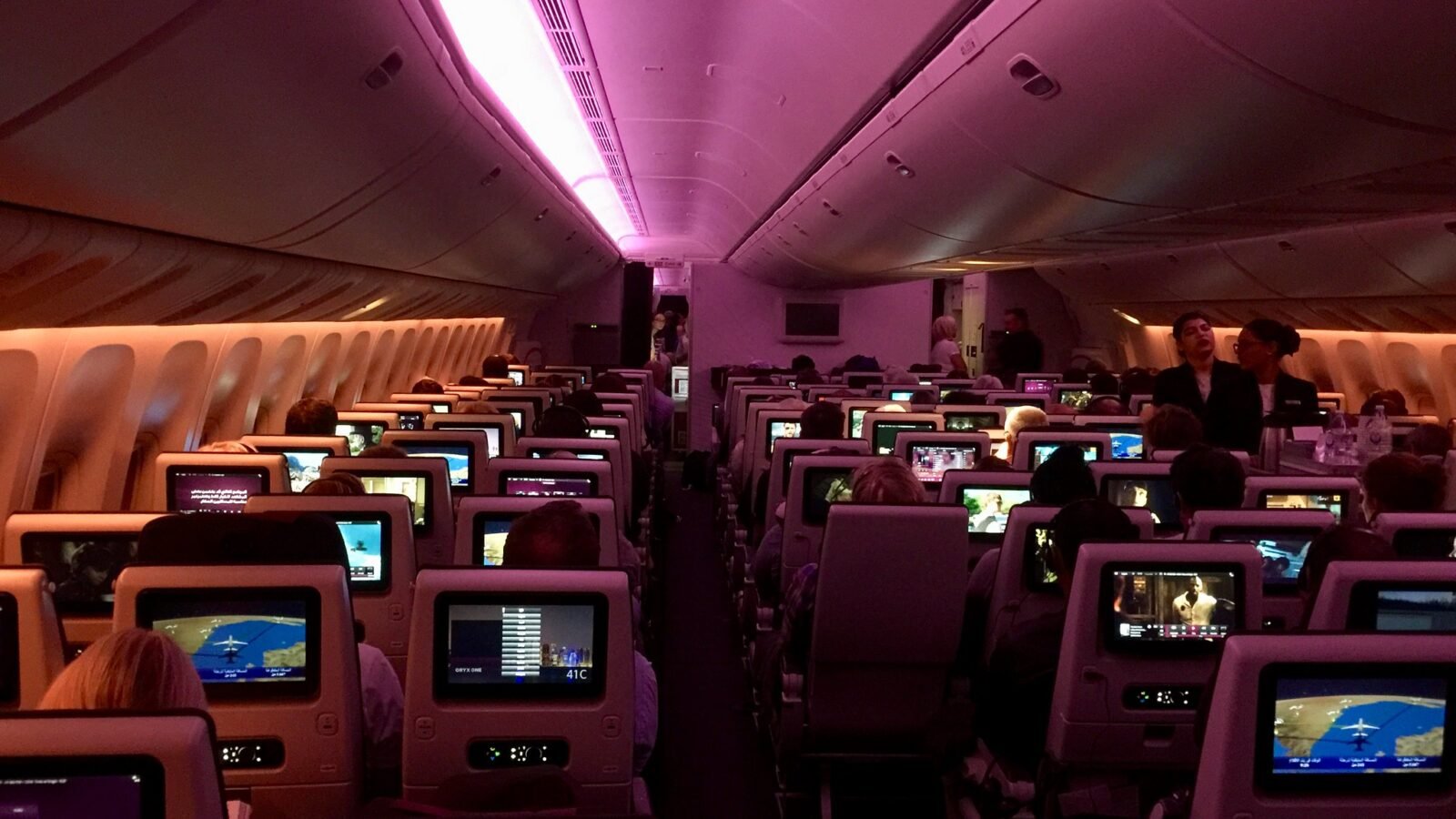 It was revealed on Sunday that women were removed from a Sydney-bound Qatar Airways flight in Doha earlier this month and forced to undergo vaginal inspections after a newborn baby was found abandoned in an airport bathroom.

Australian Foreign Minister Marise Payne told a Senate hearing Wednesday that women on “10 aircraft in total” had been subject to the searches she has described as “grossly disturbing” and “offensive”.

“We became aware of that yesterday through advice from our post in Doha,” she said.

She said 18 Australian women on the October 2 flight to Sydney were affected, along with “other foreign nationals”. AFP understands one French woman on the flight was among them. Minister Payne’s Office latter clarified that it was 13 Australians that were subject to the exams, and 5 from other countries. ABC News Australia reported that they understand that other nationalities subject to the exams include women from France and the UK.

The incident has sparked a diplomatic row between Australia and Qatar, with Canberra lodging protests with the Middle East nation over the treatment of its citizens.

Australia’s Prime Minister, Scott Morrison, when asked about the incident told reporters, “as a father of daughters, I could only shudder at the thought that anyone would, Australian or otherwise, it would be subjected to that. It is unacceptable … it was appalling. You can be confident those messages were conveyed very clearly, at the time and more recently. We expect to see the result of that investigation very soon.”

Australia’s Department of Foreign Affairs and Trade (DFAT) secretary, Frances Adamson, told the Senate hearing, “There is a very strong determination [in Qatar’s Government] to report as soon as possible.” She also said the Qatari Government’s reaction “matches our own in terms of level of distress and abhorrence and a deep questioning of how this can have happened. [They are] appalled by it, do not want it to happen again and are working with us and other partners to make sure it will not happen again.” Ms Adamson also said a DFAT employee was onboard one of the flights, but was not subjected to the exam as she was not of child bearing age.

Officials said Australia was also working with other countries to jointly raise concerns with Doha but refused to name those countries, citing privacy concerns.

Payne admitted she had not spoken directly to her Qatari counterpart, saying she was “waiting to see the report” on the incident, which she expected to receive this week.

Doha’s Hamad International airport previously confirmed a broad outline of events, without providing details of the procedures, or the number of women and flights involved.

It also launched an appeal Sunday for the child’s mother to come forward, saying the baby remains unidentified but is “safe under the professional care of medical and social workers”.

The Qatar Government Communications Office released a statement, that in part said, “While the aim of the urgently-decided search was to prevent the perpetrators of the horrible crime from escaping, The State of Qatar regrets any distress or infringement on the personal freedoms of any traveler caused by this action. His Excellency Sheikh Khalid bin Khalifa bin Abdulaziz Al Thani the Prime Minister and Minister of Interior of the State of Qatar has directed that a comprehensive, transparent investigation into the incident be conducted.”

The Transport Workers union is planning a vote on Thursday to consider a ban on all servicing, cleaning or refuelling of all Qatar flights into Sydney in protest of the treatment of the women.

New South Wales Police said that the women on QR908 were provided with medical and psychological support while in hotel quarantine in Sydney.