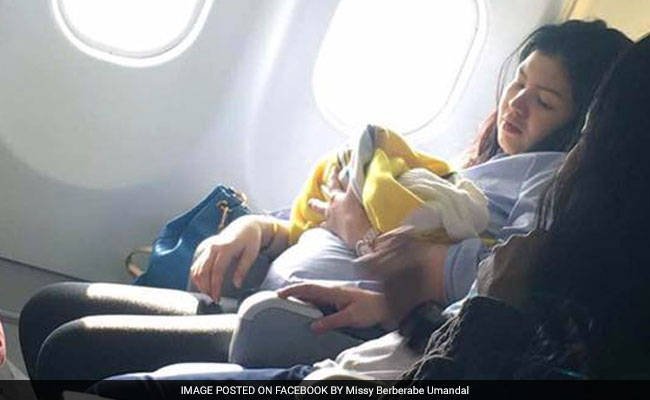 An American Airlines flight landed with an extra passenger.

On Wednesday, Nereida Araujo gave birth to a healthy baby girl on flight 868, after the plane landed in Charlotte, North Carolina from Tampa, Florida during one of the busiest travel weeks of the year.

“Baby Sky decided to enter the world on a plane,” Araujo wrote on Facebook. “Mommi (sic) handled it well thanks to everybody who assisted us with love & care.”

American Airlines spokesperson Crystal Byrd told USA TODAY that the airline “requested medical personnel due to a passenger who needed assistance” upon landing in Charlotte.

“Paramedics, along with the Charlotte Fire Department, assisted in the delivery of a healthy baby girl at the Charlotte Douglas International Airport on the jetway,” Grace Nelson, spokesperson for Mecklenburg EMS Agency, told USA TODAY.

According to Charlotte’s local news station, WSOC, Araujo said she was 38 weeks pregnant and cleared to fly by the airline and her doctor, before her water broke toward the end of the 1-hour-and-39-minute flight.