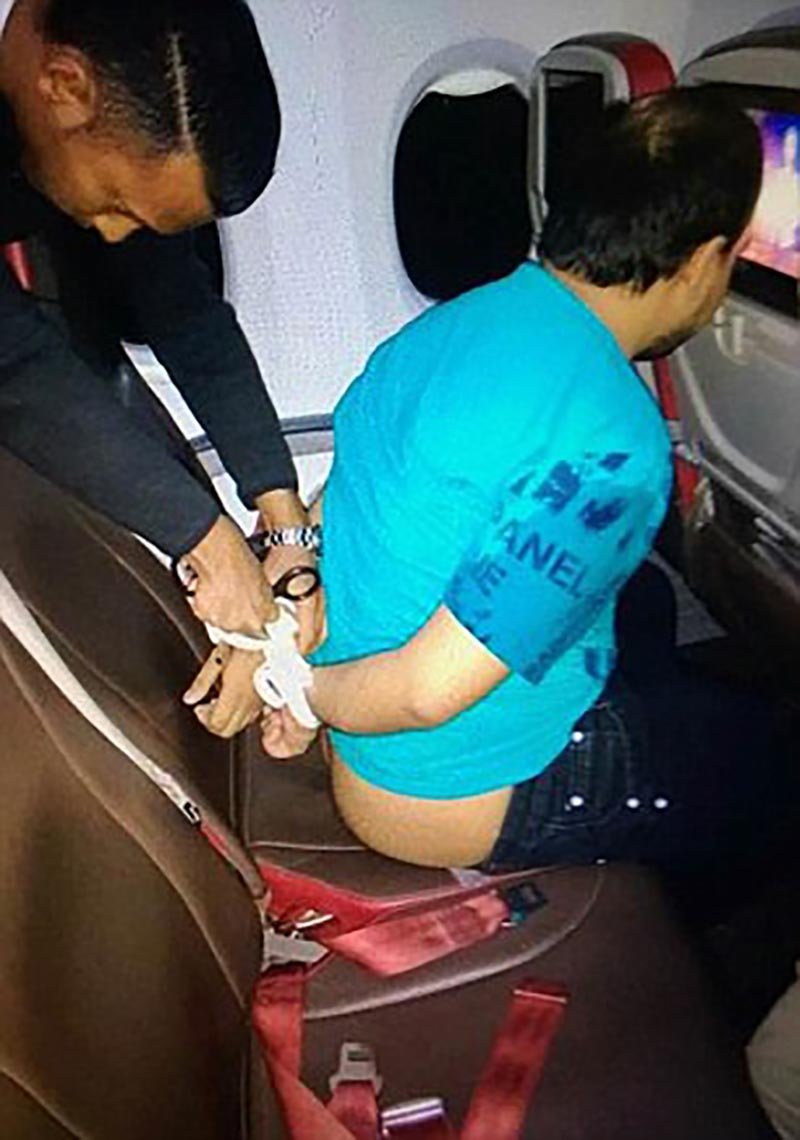 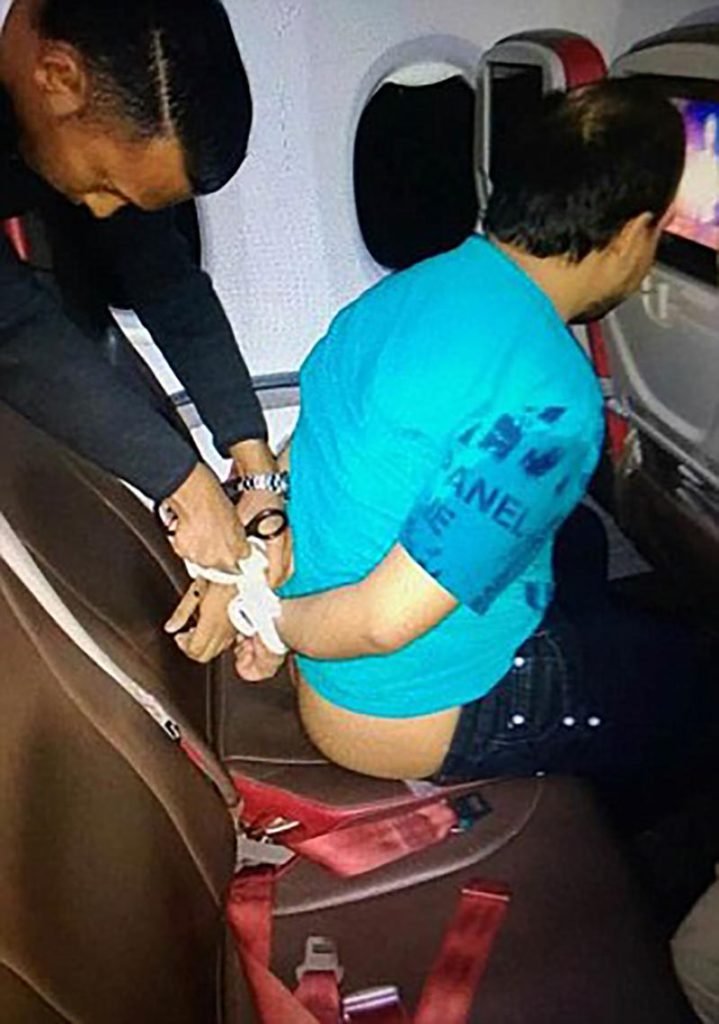 A 20 year old passenger on a Malindo Air flight was tied up with a piece of cloth during flight and arrested after landing. The passenger allegedly attacked a flight attendant and walked around naked on board the plane.

The naked passenger allegedly masturbated while watching pornography shortly after flight OD162 from Kuala Lumpur to Dhaka reached 10 000 feet. He originally complied with the request to put his clothes back on. After reaching cruising altitude, he then allegedly tried to hug the female flight attendants, became aggressive after his advances were rejected and then attacked the lead flight attendant according the the New Straits Times. 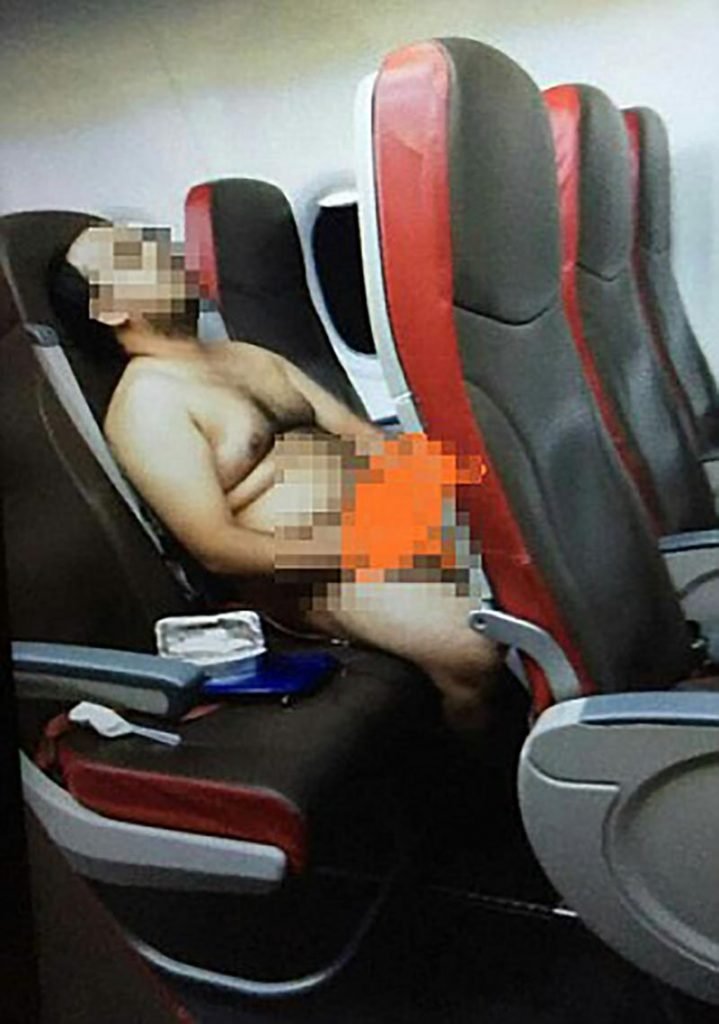 Passengers also allege he walked to the lavatory naked and urinated on his seat.

Photos of the undressed man have been circulating on social media including Whatsapp reports The Straits Times.

The man is said to be a student at a private university in Malaysia.

In a statement on facebook the airline said: “Update (4 March 2018): With regards to the incident about a disruptive passenger onboard OD162 to Dhaka on 3 March, the crew on board has followed the standard operating procedure to restraint passenger from any further disruption to the crew and passengers onboard. The distruptive passenger was accompanied by Dhaka security team upon arrival and he has been put to jail by authorities in Dhaka due to this offence. The airline will continue to stay vigilant to ensure passengers travel soundly.”