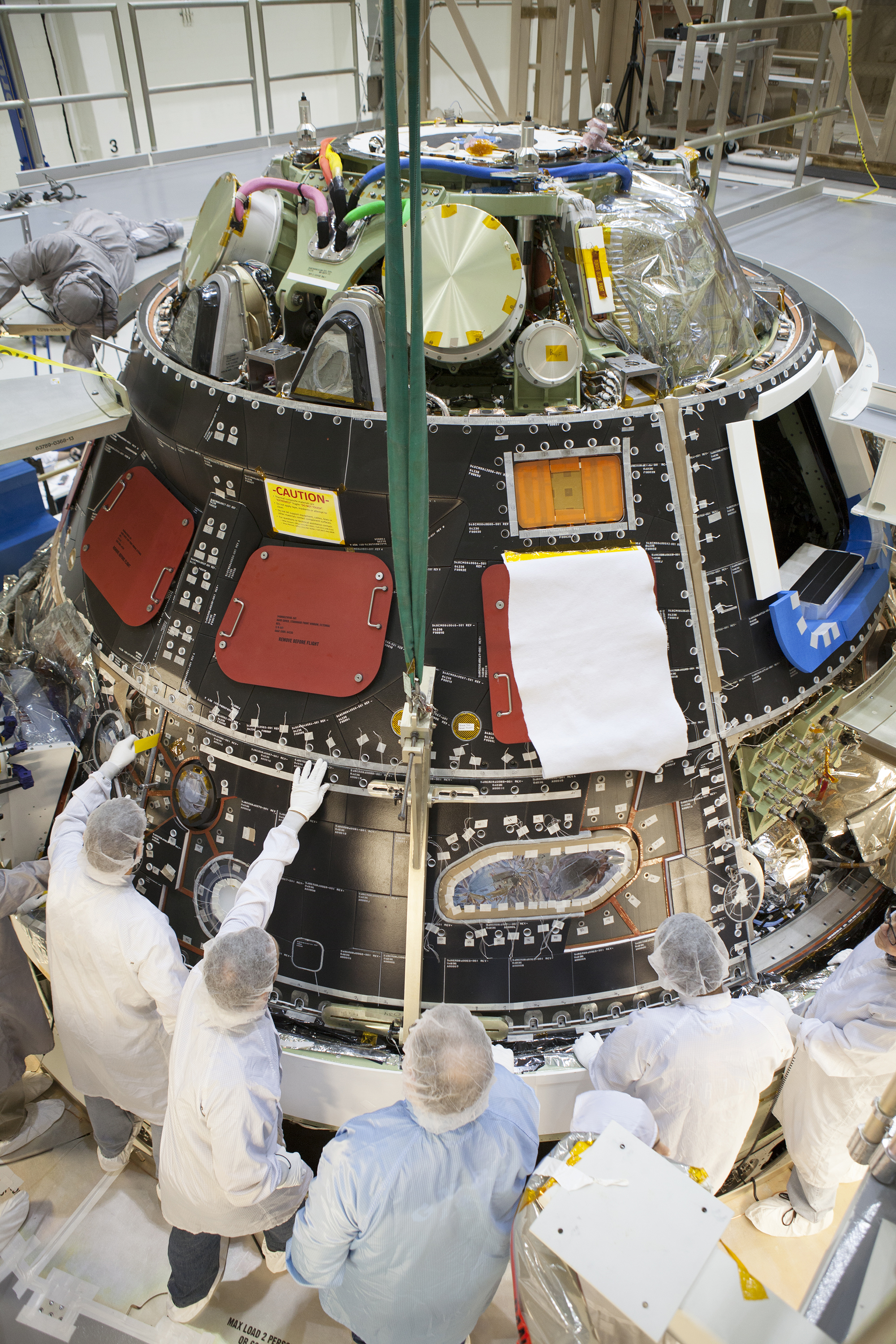 Inside the Operations and Checkout Building high bay at NASA’s Kennedy Space Center in Florida, technicians dressed in clean-room suits have installed a back shell tile panel onto the Orion crew module and are checking the fit next to the middle back shell tile panel. Preparations are underway for Exploration Flight Test-1, or EFT-1. Orion is the exploration spacecraft designed to carry astronauts to destinations not yet explored by humans, including an asteroid and Mars. It will have emergency abort capability, sustain the crew during space travel and provide safe re-entry from deep space return velocities. The first unpiloted test flight of the Orion is scheduled to launch later this year atop a Delta IV rocket from Cape Canaveral Air Force Station in Florida to an altitude of 3,600 miles above the Earth’s surface. The two-orbit, four-hour flight test will help engineers evaluate the systems critical to crew safety including the heat shield, parachute system and launch abort system. > Engineers and Technicians Install Protective Shell on NASA’s Orion Spacecraft Image Credit: NASA/Dimitri Gerondidakis via NASA
August 22, 2014
Share this post
Share on FacebookShare on Facebook TweetShare on Twitter Share on WhatsAppShare on WhatsApp Share on LinkedInShare on LinkedIn