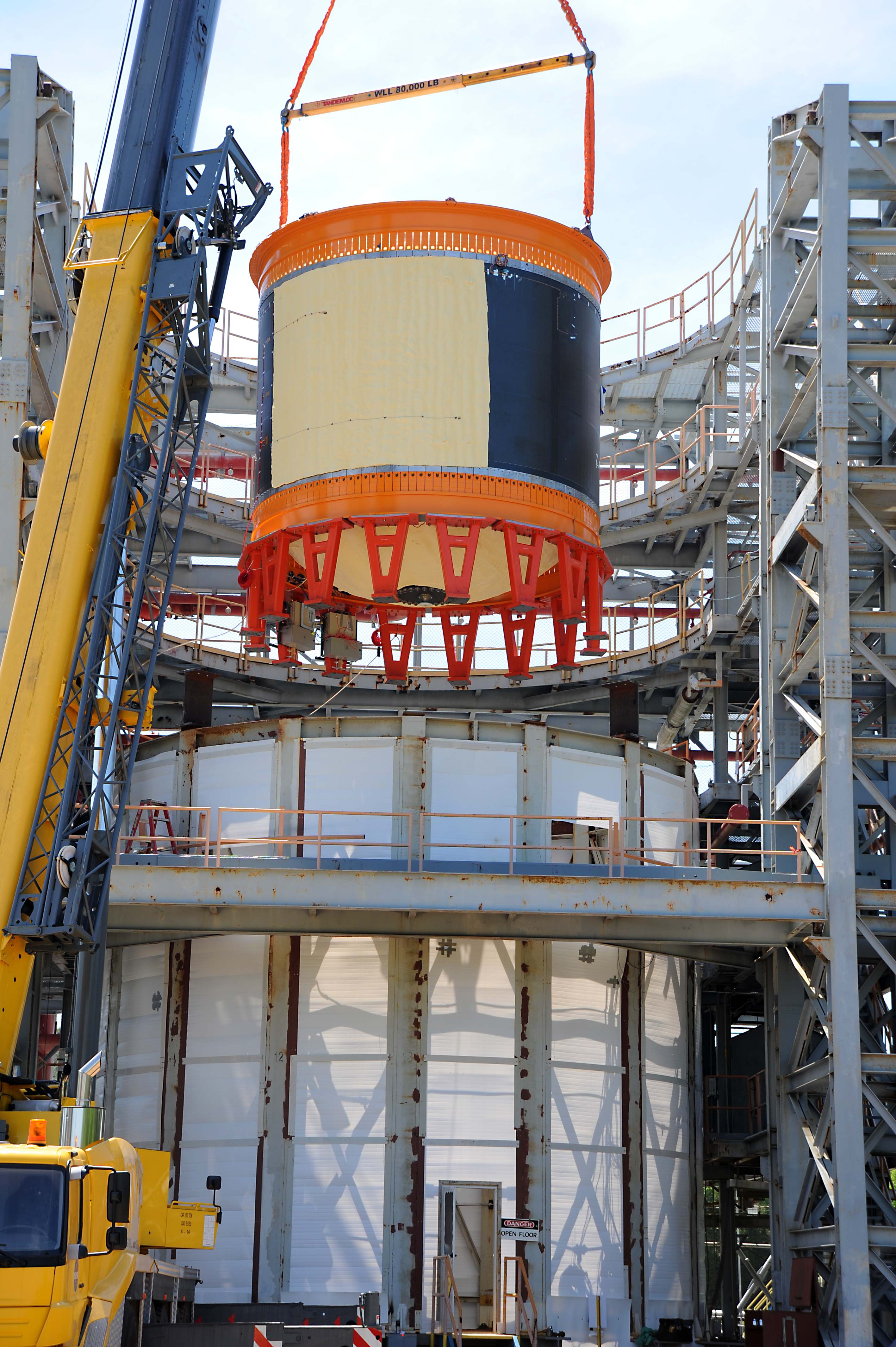 NASA has completed a complex series of tests on one of the largest composite cryogenic fuel tanks ever manufactured, bringing the aerospace industry much closer to designing, building, and flying lightweight, composite tanks on rockets. At NASA’s Marshall Space Flight Center in Huntsville, Alabama, the tank was lowered into a structural test stand where it was tested with cryogenic hydrogen and structural loads to simulate stresses the tank would experience during launch. The project is part of NASA’s Space Technology Mission Directorate, which is innovating, developing, testing and flying hardware for use in NASA’s future missions. Cryogenic propellants are gasses chilled to subfreezing temperatures and condensed to form highly combustible liquids, providing high-energy propulsion solutions critical to future, long-term human exploration missions beyond low-Earth orbit. In the past, propellant tanks have been fabricated out of metals. Switching from metallic to composite construction holds the potential to dramatically increase the performance capabilities of future space systems through a dramatic reduction in weight. > NASA Completes Successful Battery of Tests on Composite Cryotank Image Credit: NASA/David Olive via NASA
Category: NewsBy admin4493August 27, 2014
Share this post
Share on FacebookShare on Facebook TweetShare on Twitter Share on WhatsAppShare on WhatsApp Share on LinkedInShare on LinkedIn