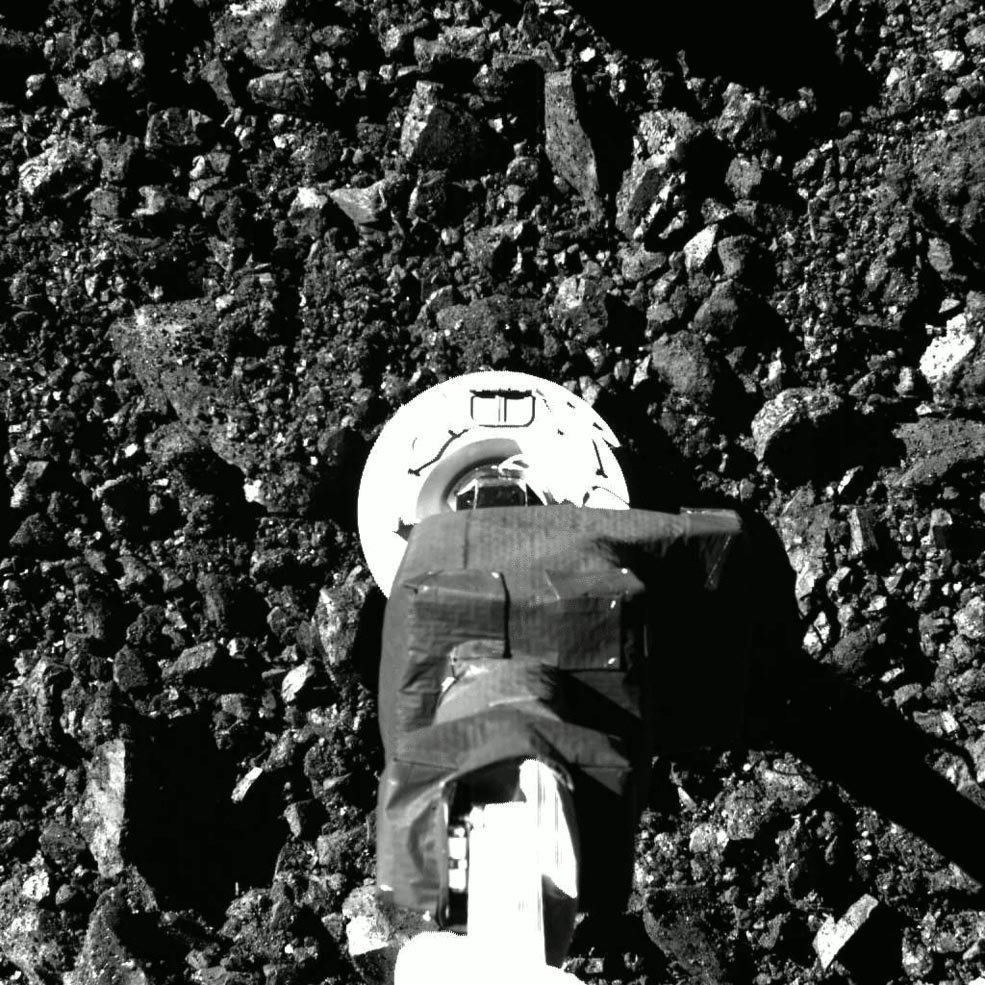 Captured on Oct. 20, 2020 during the OSIRIS-REx mission’s Touch-And-Go (TAG) sample collection event, this series of images shows the SamCam imager’s field of view as the NASA spacecraft approaches and touches down on asteroid Bennu’s surface, over 200 million miles (321 million km) away from Earth.

The sampling event brought the spacecraft all the way down to sample site Nightingale, touching down within three feet (one meter) of the targeted location. The team on Earth received confirmation at 6:08 p.m. EDT that successful touchdown occurred. Preliminary data show the one-foot-wide (0.3-meter-wide) sampling head touched Bennu’s surface for approximately 6 seconds, after which the spacecraft performed a back-away burn.

The spacecraft’s sampling arm – called the Touch-And-Go Sample Acquisition Mechanism (TAGSAM) – is visible in the lower part of the frame. The round head at the end of TAGSAM is the only part of OSIRIS-REx that contacted the surface during the sample collection event. In the middle of the image sequence, the sampling head positions itself to contact the asteroid’s surface head-on. Shortly after, the sampling head impacts site Nightingale and penetrates Bennu’s regolith.

Upon initial contact, the TAGSAM head appears to crush some of the porous rocks underneath it. One second later, the spacecraft fires a nitrogen gas bottle, which mobilizes a substantial amount of the sample site’s material. Preliminary data show the spacecraft spent approximately 5 of the 6 seconds of contact collecting surface material, and the majority of sample collection occurred within the first 3 seconds.

These images were captured over approximately a five-minute period. The imaging sequence begins at about 82 feet (25 meters) above the surface, and runs through the back-away maneuver, with the last image in the sequence taken at approximately 43 feet (13 meters) in altitude – about 35 seconds after backing away. The sequence was created using 82 SamCam images, with 1.25 seconds between frames. For context, the images are oriented with Bennu’s west at the top.