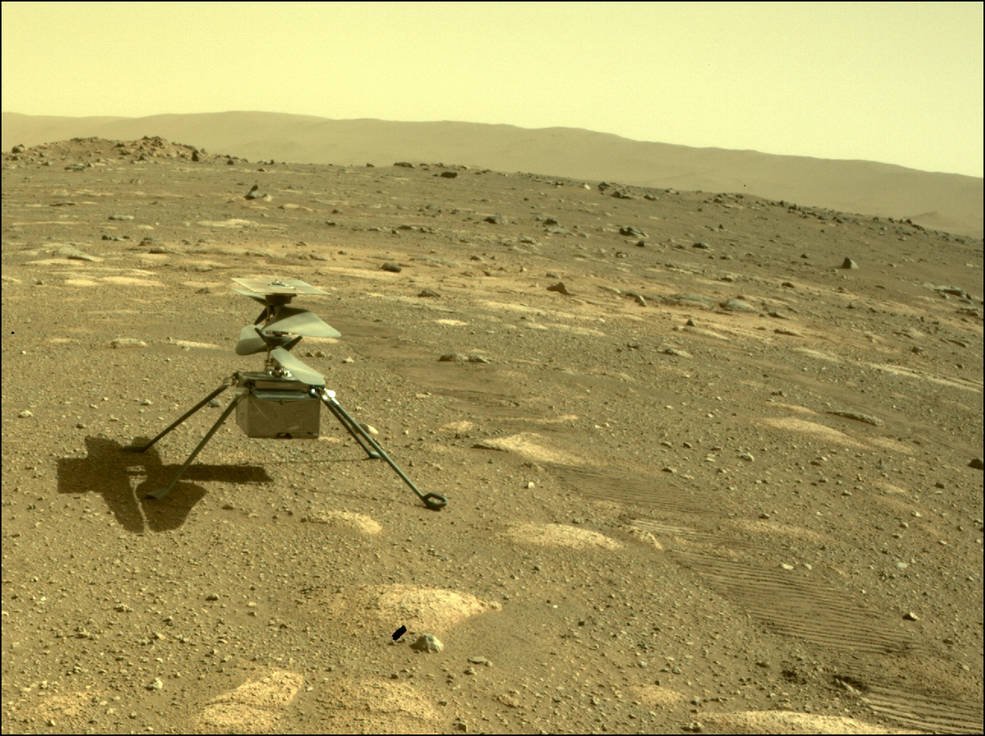 NASA’s Ingenuity Mars Helicopter has emerged from its first night on the surface of Mars.

Evening temperatures at Jezero Crater can plunge as low as minus 130 degrees Fahrenheit (minus 90 degrees Celsius), which can freeze and crack unprotected electrical components and damage the onboard batteries required for flight.

Surviving that first night after being deployed from where it was attached to the belly of NASA’s Perseverance rover on April 3 is a major milestone for the 4-pound (1.8 kilograms) rotorcraft. In the days to come, Ingenuity will be the first aircraft to attempt powered, controlled flight on another planet.

“This is the first time that Ingenuity has been on its own on the surface of Mars,” said MiMi Aung, Ingenuity project manager at NASA’s Jet Propulsion Laboratory in Southern California. “But we now have confirmation that we have the right insulation, the right heaters, and enough energy in its battery to survive the cold night, which is a big win for the team. We’re excited to continue to prepare Ingenuity for its first flight test.”

Devising a craft small enough to fit onto the rover, light enough to fly in Mars’ thin atmosphere, yet hardy enough to withstand the Martian cold presented significant challenges. To ensure the solar array atop the helicopter’s rotors could begin getting sunlight as soon as possible, Perseverance was instructed to move away from Ingenuity shortly after deploying it.

Until the helicopter put its four legs onto the Martian surface, Ingenuity remained attached to the belly of the rover, receiving power from Perseverance, which touched down at Jezero Crater on Feb. 18. The rover serves as a communications relay between Ingenuity and Earth, and it will use its suite of cameras to observe the flight characteristics of the solar-powered helicopter from “Van Zyl Overlook.”

The sole mission of Ingenuity, a technology demonstration, is to conduct flight tests in the thin atmosphere of Mars; the helicopter carries no science instruments. Within 30 Martian days, or sols (a Martian day is 24.6 hours), on the surface, Ingenuity will complete its testing, and Perseverance’s scientific exploration of Jezero Crater will kick into high gear.

“Our 30-sol test schedule is frontloaded with exciting milestones,” said Teddy Tzanetos, deputy operations lead for the Ingenuity Mars Helicopter at JPL. “Whatever the future holds, we will acquire all the flight data we can within that timeframe.”