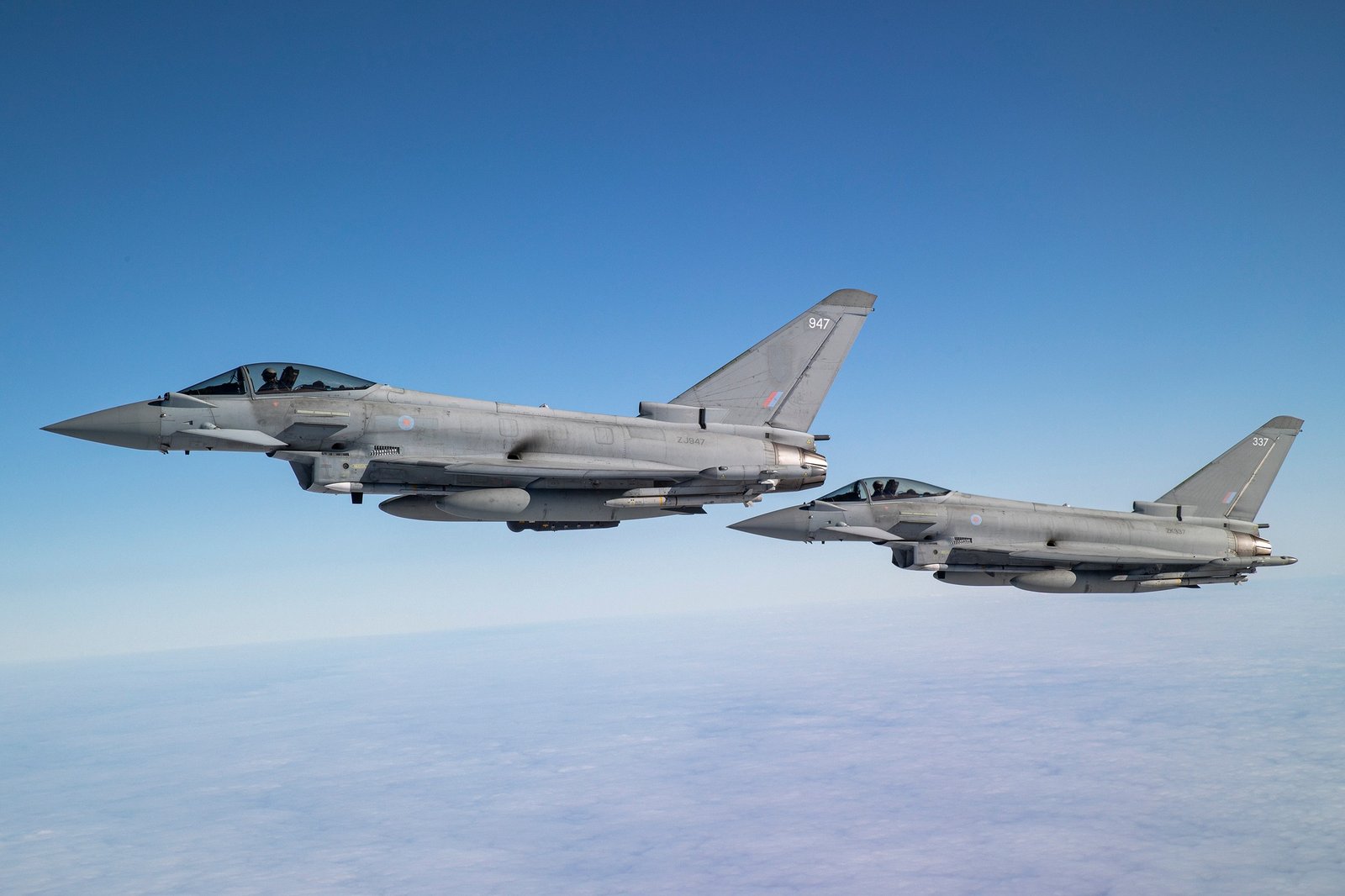 Royal Air Force Typhoons have taken to the skies as part of NATO’s mission to defend Europe.

Supported by RAF Voyager aircraft, this is part of pre-planned Enhanced Vigilance Activity, a NATO-led Operation initiated due to the unfolding events in Ukraine.

The RAF’s contribution is in the form of additional Typhoon FGR4 aircraft, operating from RAF Coningsby in Lincolnshire and RAF Akrotiri in Cyprus.

The Typhoons, armed with state-of-the-art Air-to-Air missiles and a full suite of defensive aids, are patrolling NATO airspace over Poland and Romania, once more demonstrating the UK’s unwavering commitment to the NATO Alliance. 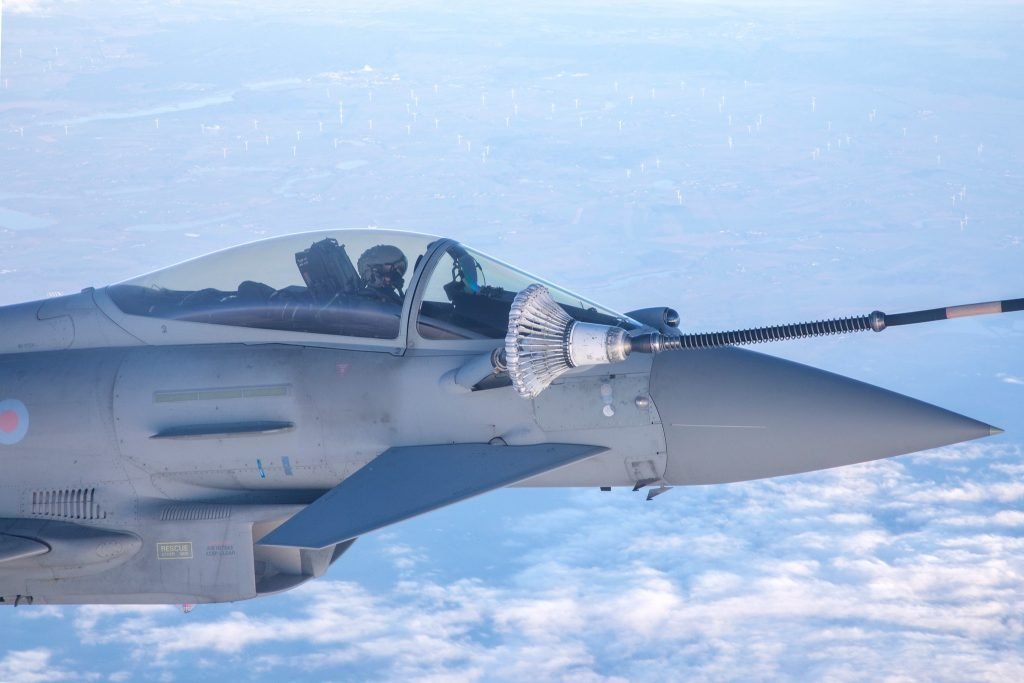 The Typhoons are supported by RAF Voyager Air-to-air refuelling aircraft from RAF Brize Norton, who offer additional fuel for the fighters so enabling greater range and endurance showing the reach of UK air power to support NATO’s defence mission.