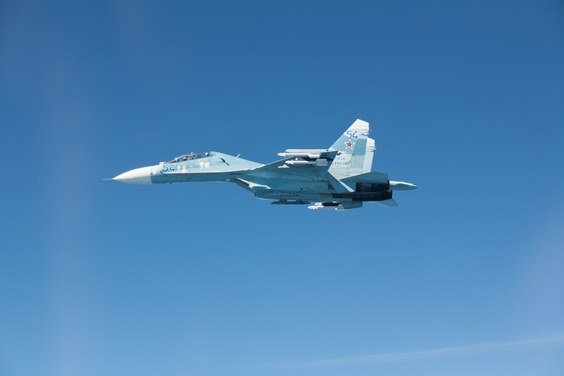 The incident occurred as six of these heavy bombers, including four from a detachment presently forward-deployed in the United Kingdom, were conducting overflights of all 30 members of the Alliance, including the United States and Canada.

Over the weekend, the Pentagon released video showing another Flanker turning directly in front of one of a B-52 that was taking part in this unprecedented mission as it flew over the Black Sea, which The War Zone previously reported on.

NATO’s Allied Air Command says that the Su-27, operating from Russia’s Kaliningrad enclave on the Baltic Sea, intercepted the B-52 as it was approaching Denmark’s Bornholm Island on Aug. 28, 2020.

Rather than turning back, the command says the Flanker followed the bomber “well into Danish airspace over the island,” resulting in a serious breach “of airspace of a NATO nation.”